Cardinal Capital to buy Mowlam Healthcare for over €50m 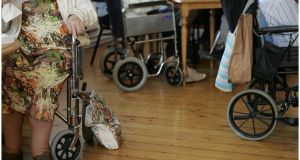 Mowlam Healthcare is also one of Ireland’s leading providers of Memory Care, a specialist service for people living with dementia.

Mowlam Healthcare, the State’s largest nursing home operator, is set to be taken control of by Dublin-based investment firm Cardinal Capital Group’s new private equity fund in a deal that values that business at more than €50 million, according to sources.

The transaction will see the care home group’s controlling shareholders, led by Limerick businessman Pat Shanahan, sell most of their stake, they said.

Mr Shanahan, who is the executive chairman, will remain on board after the deal is completed, subject to approval from the competition authority.

Mowlam Healthcare said in a statement on Friday that it was securing “a significant new investment” from the Cardinal Ireland Partners Fund (CIPF), a private equity fund set up by Cardinal Capital earlier this year after raising an initial €175 million investors. Cardinal Capital was co-founded by financiers Nick Corcoran and Nigel McDermott.

CIPF will partner with Mowlam Healthcare’s existing management team “to accelerate their plans to drive significant growth in the business”, according to the statement.

A company spokesman declined to comment on the financial details off the planned Mowlam Healthcare transaction.

Established in 2000, Mowlam Healthcare has about 1,600 beds under management across 27 facilities. It funded much of its early growth through tax-incentivised investment schemes.

Mowlam Healthcare is one of Ireland’s leading providers of Memory Care, a specialist service for people living with dementia. The company also focuses on providing respite and convalescence step-down care for patients recovering from acute hospital treatment and re-enables them to return home.

“As an experienced healthcare investor with a proven track record, we believe Cardinal is the perfect partner for Mowlam Healthcare, with similar core values ensuring a consistent and compatible business ethos,” said Mr Shanahan.

The new Cardinal Capital fund is a follow-up to a portfolio the firm set up seven years ago with US asset management giant Carlyle, which would go on to invest in a number of companies in a recovering economy, including well-known names such as chocolatier Lily O’Briens, cooked meats company Carroll Cuisine, roadside assistance and insurance broker AA Ireland, payments firm Payzone and the City Bin waste management business.