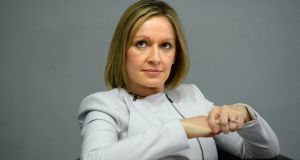 Ed Brophy, who served as chief of staff to Joan Burton when she was Tánaiste in the last government, didn’t have much time to get his feet under the table when he started a new job last June.

The lawyer by training had been hired by executive search firm Accreate in Dublin to advise major firms in Ireland and internationally as well as public-sector bodies on recruiting top managers and directors. It soon became apparent that financial services would take up most of his time.

“I started the Monday before the Brexit referendum,” recalls Brophy. “By Friday, as the result became clear, people in the financial services sector started ringing from London – a lot of whom I would have known. They knew that there was going to be a lot of uncertainty and that Britain was going to be leaving the European Union – and were beginning to look at risks and options.”

Twelve months and a UK general election later, few are any the wiser about how the world’s fifth-largest economy will unpick itself from the EU after 4½ decades. While the UK’s Brexit secretary, David Davis, and his EU counterpart, Michel Barnier, this week formally started divorce negotiations with small talk focusing on common ground – including a shared loved of mountaineering – it was clear the UK is wedded to a “hard Brexit” by leaving the single market and customs union.

“Ireland is at the front line,” Barnier told reporters in Luxembourg on Tuesday. “We are going to have to find a unique solution for Ireland and work out how to implement that.”

As the Border between the Republic and Northern Ireland is set to dominate initial discussions, and as post-referendum sterling weakness weighs on exporters, UK tourists and Irish companies that generate much of their income in the UK, a bevy of consultancy firms, lawyers, lobbyist, recruitment and public relations have emerged as early winners from break-up.

In the race to hire what has become known as “Brexit talent”, these firms have turned to former Irish politicians and senior government staff to help UK-based financial firms seeking to move activities to other parts of Europe to maintain access to the single market, as well as domestic companies trying to navigate the oncoming maelstrom.

“Brexit plays a major part of my work – at least 50 per cent of it would be related to it,” says Brophy. “We’ve had prospective inquiries from about 80 financial services companies and about half of them have done more advanced and technical due diligence on either looking to expand or relocate functions to Ireland.”

Former minister of state for European affairs Lucinda Creighton, who lost her Dáil seat in last year’s general election, has also found herself at the epicentre of all things Brexit. She set up a firm, Vulcan Consulting, in March last year with a view to advising growing businesses and multinationals on domestic and EU regulation and politics.

“But Brexit has begun to dominate,” Creighton says from a hotel in London where she has spent this week, mainly meeting financial firms assessing the Republic. The former barrister was also appointed last September by Brussels-based consultancy firm Fipra as its special adviser on Brexit.

“A lot of my time is taken up with speaking engagements the US, at conferences for banks and hedge funds who are looking at Europe.”

Gay Mitchell, the former Fine Gael TD, MEP and presidential candidate who was minister of state for European affairs in the mid-1990s as Barnier and Davis held similar roles for France and the UK, was hired by Dublin-based public relations media Unique Media last year to act as a consultant on Brexit and other political issues.

“The European Union gave us sovereignty when we joined in 1973,” says Mitchell, who, at 65, combines the Unique work with pro-bono activities such as campaigning for people with epilepsy and acting as adviser to the UN secretary-general’s special representative for disaster risk reduction.

“Up until then we were effectively an outpost of Britain. Brexit is the greatest opportunity that Ireland will have since 1922, if we put all our experience to work,” he said. “I despair when I hear prominent people here saying this is a huge challenge for Ireland. In financial services, I believe there’s going to be a major exit of activities from the UK.”

As Ireland grapples with issues from housing to transport infrastructure and the availability of schools offering international curriculums, the Department of Finance’s head of international finance, Paul Ryan, spoke earlier this month of Dublin being victim of “black propaganda” as rival jurisdictions fight for a slice of London’s financial services industry.

“We’ve seen a bit of scepticism or concern from firms about their ability to find the right talent here – and a perception of Dublin being a massive back-office location,” said Brophy. “But we’ve been able to demonstrate that in the key areas such as trading, risk management and technology there is plenty of talent accessible here.”

On the front line, Creighton has encountered criticism from City of London firms of the Central Bank’s attitude and ability to expand its regulatory workload, which may be contributing to Luxembourg, Frankfurt and Brussels leading the initial race for Brexit jobs.

“I don’t question the motives or intentions of the Central Bank, as there is an up-front desire to be helpful on the part of most people working there,” said Creighton.

“But the consistent feedback following initial IDA-facilitated introductions is that there’s a lack of confidence in terms of the understanding of some complex areas, especially in insurance and reinsurance. People come away from these engagements not fully sure of where they stand. It’s understandable that when basic questions are not answered, they get frustrated and go somewhere else.”

Outgoing Central Bank deputy governor Cyril Roux has previously spoken of problems hiring and retaining staff in its insurance division, telling an Oireachtas committee last October that supervisory staff in the unit are typically in position for less than two years, as they can earn as much as 50 per cent more in the private sector.

So far, Dublin has trailed cities such as Luxembourg, Frankfurt and Brussels on the headline-grabbing front when it comes to Brexit wins, with names in the insurance industry, AIG, Lloyd’s of London, Hiscox and FM Global opting to set up EU hubs in Luxembourg. Meanwhile, Frankfurt, home to the European Central Bank and its banking supervision arm, is on track to lure the likes of Goldman Sachs, Standard Chartered and Japan’s Daiwa.

Still, Ireland has had some solid wins and observers expect many more firms who have privately selected Dublin as their future EU base to publicly declare their intentions in the coming months. UK-based financial firms must inform the Bank of England of their contingency plans for Brexit by July 14th.

JP Morgan, the US’s largest bank, is currently advancing plans to shift hundreds of jobs to Dublin, Frankfurt and Luxembourg as it prepares for Brexit. The group is also expanding its funds administration business in Ireland, which is not related to any Brexit activities.

Elsewhere, Scottish investment firm Standard Life, which employs 300 people in Dublin, has signalled that the city will become its new EU hub; banking group Barclays plans to more than double its 100-strong Dublin headcount to establish a European centre; and Bank of America Merrill Lynch has said it views the Irish capital as its default EU centre, given it has a banking licence here and employs more than 600 people across two locations.

Credit Suisse, which set up a European hub in Dublin last year to service hedge-fund clients, is considering expansion here to deal with Brexit; investment groups Legal & General Investment Management and Legg Mason have unveiled plans to set up fund management companies in the city to maintain access to the EU market; and insurer Aviva plans to change its legal structure in Ireland from a branch of the UK group to a full-fledged subsidiary which can passport services across the EU.

On the domestic front, Ciarán Conlon, architect of the previous government’s jobs action plan as special adviser to then minister for jobs Richard Bruton, said Irish businesses would learn to adapt as they always had.

“We came through an existential crisis five years ago and Irish enterprises showed their ability to be adaptable and flexible,” says Conlon, who was hired as director of strategy and public policy with PR firm MKC late last year. “I’m quite bullish on Irish companies’ ability to do so again this time around and develop new markets.”

At MKC, about 10 per cent of Conlon’s time is currently taken up by Brexit, as clients seek to tap his knowledge of politics and the company advises and supports professional firms on their offering as everyone prepares for Brexit. The one-time Fine Gael communications director – who also recently advised Simon Coveney on his failed bid to become party leader and taoiseach – expects the workload to grow.

“Brexit is in the shadows; that’s always there,” he said. “You have to Brexit-proof everything.”

Former government advisers Jim McGrath, who worked for Kelly’s brother, Alan, when he was minister of state at the Department of Transport, and Deirdre Grant have both jointed Teneo’s Irish operation in the past year. Part of their roles involves contributing to the group’s international Brexit transition unit, where David Cameron’s former communications chief, Craig Oliver, and former UK foreign secretary William Hague are senior figures.

Back at his desk at the Accreate offices on Burlington Road in the heart of Dublin 4, Brophy has found himself explaining to prospective clients everything from the working of the country’s minority Government to infrastructure.

“No one wants to jump first. But once we get a few big announcements out of the way, others will follow,” says Brophy. “It’s not going to be one big bang – but over the cycle as Brexit becomes a reality.”