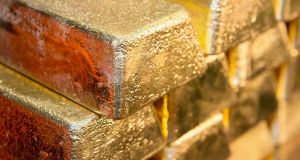 Aurum Monaco will produce up to 1 metric tonne of gold a month in its first year, with capacity to boost that to 3 tonnes a month, Fendi said in an interview.

The gold will be from mines in Colombia, Peru, Chile and soon Ecuador that are financed by Fendi’s Dubai gold-trading company Noble Precious Metal.

“Major luxury groups” are lined up to buy, mainly in Europe and the US, he said. “Some jewellery brands in Monaco buy gold at a premium because they want gold that hasn’t harmed the environment, was mined using fair labour conditions and is traceable and conflict-free,” Fendi said.

“The big luxury brands don’t have enough gold that is certified. We will have full traceability from mine to refiner.”

Fendi is planning the refinery even as global gold jewellery demand is shrinking and some factories are closing.

Global jewellery demand in the first quarter slumped 19 per cent from a year earlier, led by declines in India and China, according to the World Gold Council.

Monaco abides by the Organisation for Economic Cooperation and Development’s due diligence guidelines for responsible sourcing of gold, according to Claude Cardone, president of Monaco’s chamber of watchmakers and jewellers.

“Monaco is a perfect place to have a gold refinery because Monaco has a concentration of wealth, and wealth brings gold,” he said.

“There is demand for gold in Monaco, maybe more than in many other places because there is a concentration of wealthy people, and the more people are wealthy, the more they want gold.”