May accused of leaving City of London ‘in the dark’ 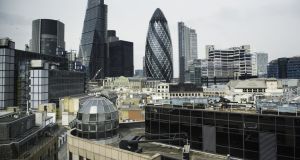 British prime minister Theresa May has been accused of leaving the City of London “in the dark” after the British government admitted that a long-expected paper setting out its trade goals for financial services after Brexit may never be published.

Last autumn, senior City figures say they were promised a detailed position paper in a matter of weeks setting out Britain’s negotiating priorities for a sector that employs more than one million people across the country.

But delivery of the paper was delayed repeatedly and now ministers are considering not publishing it at all, according to business executives and government officials involved in the discussions. The government remains unable to agree a detailed position on the sector, and some officials are still reluctant to show Brussels their negotiating hand, they added.

The Department for Exiting the EU (Dexeu) would not commit to publishing the paper, saying it would “keep under review what is the best way of advocating our position – be that in private discussions with the EU, speeches or a formal position paper”.

Ms May’s government has been under intense criticism for months from British businesses for failing to spell out what it viewed as its preferred trading relationship with the EU. The position paper for the financial services industry was viewed as essential to City executives struggling to plot strategy for their post-Brexit operations.

The failure of Dexeu to publish the blueprint could reinforce concerns in the City and in New York on Wall Street that banks must plan for worst-case scenarios by moving more of their pan-European operations to the continent.

“For the government, a whole year after triggering article 50, not to have published an outline of where they expect to be in negotiating on behalf of such an important part of the economy is a problem,” said Tory MP Nicky Morgan, the chair of the Commons treasury committee.

Although ministers have made some broad speeches on the subject, the cabinet has yet to agree the details of a proposed settlement on financial services, and Catherine McGuinness, policy chair at the City of London Corporation, said without further clarification, the sector had been counting on the paper to clarify government policy.

“It has always been our expectation there would be a position paper. When so many other sectors and issues have been given this clarity, the City is left in the dark,” said Ms McGuinness.

While David Davis, the Brexit secretary, did not make any public statements about a financial services paper, several City figures said they were told by his officials that one was being worked on.

Miles Celic, chief executive of TheCityUK, a lobbying group, said: “The industry was led to believe such a paper was always just a couple of weeks away, so it’s disappointing to hear the government may no longer publish one.”

Iain Anderson, founder of the Cicero public relations firm, said: “We were promised a position paper in the autumn. We very much want to see it.”

The government has published seven position papers covering issues including Northern Ireland, nuclear materials and citizens’ rights, and seven further papers on the future UK/EU relationship on matters including science, customs and security.

The papers map out the government’s approach to an outline trade deal that Ms May hopes to negotiate later in the year. But publication now of an ambitious plan for a trade deal covering the City risked being thrown back in the prime minister’s face.

The French president, Emmanuel Macron, warned last week that financial services would have full access to the EU single market only if Britain played by all the rules of the bloc. “Be my guest,” he said.

But Mr Macron also said Britain might be able to agree a deal that was “perhaps between this full access and a trade agreement”, adding that it was not his ambition to “unplug” the City from the EU. “I think it doesn’t make sense.”

Mr Davis’s department said Britain’s aim was to negotiate “a stable, mutual arrangement that preserves the benefits of the UK’s and EU’s integrated markets and recognises the unique regulatory alignment between us today”.

Negotiating such a deal will be problematic. Michel Barnier, chief EU negotiator, has pointed out that no trade deal in the world includes a comprehensive section on financial services; like Mr Macron he has ruled out “cherry picking” in the single market.

Philip Hammond, the British chancellor, gave an insight into the government’s thinking in a speech in London last September when he admitted the EU had “legitimate concerns” about the future regulation of the City.

He vowed to draw up plans for supervisory co-operation between Britain and Europe after Brexit. “We acknowledge that there are legitimate concerns among our EU colleagues about the oversight and supervision of financial markets here in the UK that are providing vital financial services to EU firms and citizens,” he said.