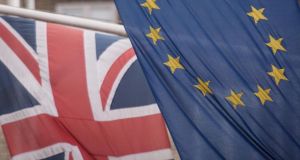 Not until there is a separate English parliament . . . will the delusions that led the country to Brexit finally be dissipated by contact with reality. Photograph: Stefan Rousseau/PA Wire

In the White Paper of February 2nd, 2017, introducing the procedures for leaving the European Union, the UK government made an astonishingly frank admission: “Whilst Parliament has remained sovereign throughout our membership of the EU, it has not always felt like that.” In other words, the Leave campaigners’ principal claim, that it was necessary to “take back control” of UK laws, was false, since control had never been lost; and the campaign was based, not on fact, but on what it “felt like” – on illusion, therefore, and emotion.

Why did it ‘feel like that’? Where did the illusions of Leave voters come from? The question Brexit really raises is one not of economics or politics, but of national psychology. And it is not ‘British’ psychology that is at issue, but English. Scotland voted 62 per cent in support of Remain as did 56 per cent of Northern Ireland (and in the Republic support for European Union membership is currently estimated at more than 80 per cent).

The Leave campaign presented the EU as a lethal threat to national identity, indeed as the stranger and enemy that had already stolen it: give us back our country, they said. And to vote against the EU was to vote to recover what we had lost. The voting pattern, however, revealed that appeal to emotion, and that vision of the EU, worked only in England, and that Europhobia was the outcome of a specifically English crisis of identity.

England sank its identity in the unions with Scotland, in 1707, and with Ireland, in 1800, which gave rise respectively to Britain and to the United Kingdom.

From then on the English had no need of a separate identity, for as metropolitans – of Britain, of the United Kingdom and eventually of the British empire – they dealt with no one on equal terms. They were masters of the seas, they could travel around the world without setting foot outside imperial territory, and economically the empire was, potentially at least, self-sufficient.

The end of empire meant the end of the English pretension to have and need no national identity of their own. Once they admitted their empire was no more, the English would have to become just another nation like everybody else, with a specific, limited identity, a specific history, neither specially honourable nor specially dishonourable, with limited weight, limited resources, and limited importance in the world, and on the Atlantic archipelago.

That is the terrifying truth that membership of the EU presents to the English and from which for centuries the empire insulated them: that they have to live in the world on an equal footing with other people.

In Ireland, the EU, the essential framework for the Belfast Friday agreement of 1998, appears as the guardian of nationhood, the guarantor of the peaceful coexistence of the island’s two factions: when, at the end of your lane, you cross from the Republic into Tyrone, Fermanagh, or Armagh, it is the EU, not London, that tells you you are still in Ireland.

Similarly, in Scotland, to vote for the EU was to vote for the distinctness of Scotland as a legitimate fellow occupant of the island of Great Britain and for its equality with England as a fellow member, alongside Germany and Malta, France and Cyprus, of a larger union than that centred on London.

For the English the United Kingdom occupies the psychic space once filled by the empire. Haunted by their unassimilated imperial past, the English continue refusing to think of themselves as a nation in the same sense as Scotland or Ireland and maintain a constitution for their United Kingdom which denies the obvious. Scotland, Wales, and Northern Ireland all have their variously titled national assemblies, but England has none – not out of modesty, but in order to claim for itself the exceptional position of anonymous master of its now diminutive empire.

The EU challenged England not to give up a national identity, but to acquire one – to give up the illusions embodied in a United Kingdom that never was a nation, but was always a device to conceal England’s colonial relation to the other nations inhabiting Great Britain and Ireland. Instead the EU offered England the opportunity for equal partnership in a common endeavour, which is nowadays all that nationhood can mean.

On June 23rd, 2016, the English rejected that offer and opted to continue living the fiction of splendid isolation that sustained the UK and the British empire before it, and to continue denying the Scots and the Irish a will of their own. Any recovery from this collective mental breakdown will involve treating it in the light of its deep historical causes. Not until there is a separate English parliament, giving England at last the distinctive political identity it has shunned for 300 years, will the delusions that led the country to Brexit finally be dissipated by contact with reality. Perhaps then, with their psychosis healed, the English will apply to rejoin the EU.