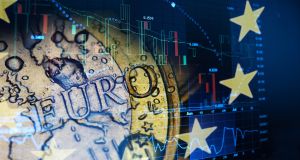 The State’s debt management agency raised €750 million at a negative rate of 0.51 per cent, meaning investors will get repaid less than they lend.

The National Treasury Management Agency (NTMA) auctioned the short term debt, known as treasury bills, which will mature on December 14th this year.

In total, the NTMA received bids of €2.23 billion, three times the amount on offer.

Treasury bills form a small part of the State’s borrowing programme. The NTMA said it will issue between €20 billion and €24 billion of debt this year, but treasury bills are not included in those figures which relate to longer-term debt.

The bills offer investors an alternative product to longer-term debt which can take many years to mature.

A treasury bill auction took place in May and saw record demand. The bills were priced to yield investors minus 0.43 per cent.

1 State’s biggest landlord records 30% rise in rental income
2 Irish tourism must also help itself to survive the pandemic
3 Trump signs executive orders banning TikTok and WeChat
4 What will the office market look like after the great remote working experiment?
5 Project Eagle: What was it and why is it in the news?
6 ‘Saudi Arabia is where the opportunities will happen in future’
7 More than 1,200 tracker mortgage complaints still awaiting ombudsman ruling
8 Two men face fraud charges over £1.2bn sale of Nama’s NI loans
9 Marlet secures €65m from AIB for Dublin docklands build-to-rent scheme
10 How your country’s history affects the way you think
Real news has value SUBSCRIBE