Department stores a bright spot with sales increase of 6% 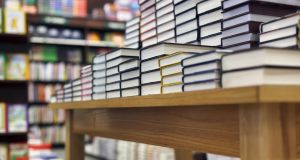 Irish retail sales fell 0.2 per cent in February, again dragged lower by both new and used car sales, but the rate of decline has slowed significantly.

Monthly figures from the Central Statistics Office (CSO) show that if motor trades are excluded, the volume of sales actually increased by 0.6 per cent compared to January, and by 6.3 per cent in the year.

This comes as Irish consumers look to the UK to purchase cars on the back of sterling weakness.

Books, newspapers and stationery saw the largest monthly volume decreases, with sales down 6.2 per cent. The food, beverage and tobacco category saw sales fall 3.9 per cent, while the volume of sales in the motor industry fell 3.6 per cent in the month.

Month-on-month volume increases were recorded for department stores, which recorded a sales increase of 5.9 per cent, while non-specialised stores reported an improvement of 5.3 per cent in volumes

Annual figures show the volume of retail sales increased 2 per cent, but Davy economist Conall MacCoille said those headline figures were “artificially weak”, and he placed more importance on the “core” figures which strip out motor trades.

Significant sales increases were noted in the electrical goods category, which increased 13.3 per cent on the year, and the furniture and lighting category, up 12.2 per cent.

“Once again the best performing sectors are those which suffered badly during the recession, big-ticket items and discretionary purchases, where spending is now bouncing back,” Mr MacCoille said.

Merrion Capital economist Alan McQuaid said he expected personal spending to post a positive rise this year as the unemployment rate dropped and disposable incomes pick up. “Retail sales remain erratic on a monthly basis and are still swinging back and forth, but the underlying trend is positive.”

Retail sales are a relatively significant component of consumer spending, which rose by 1.9 per cent last year. While “core” retail sales are anticipated to be higher this year, Mr McQuaid suggests the increase in headline retail sales will likely be lower than 2017.

1 Hurrah for the companies giving staff more time off
2 RTÉ to seek 70 voluntary redundancies as ‘large costs’ beckon in 2021
3 Some Irish money market funds came close to danger in March
4 Covid-19 will worsen shortage of accountants, says CPA Ireland
5 ‘We lost money on our planned wedding in Spain. Covid saw to that’
6 Aryzta to pursue asset sales as takeover talks fail
7 Policy failed us during the banking crisis and it’s failing us again
8 How long can Government afford to keep State pension age at 66?
9 Sustainable investment: How your pension can help tackle climate change
10 In praise of Gogglebox Ireland, an essential service in all but name
Real news has value SUBSCRIBE