NI unemployment rate up from 3.5% at 4.3%, ahead of UK average for first time in a year 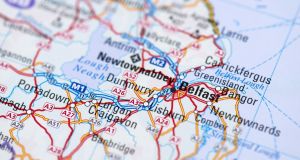 “This represented the largest increase (albeit from low levels) in the number of unemployed in six years.” Photograph: iStock

The number of people looking for work in Northern Ireland increased at a rapid pace over the summer, soaring an additional 7,000, to push the jobless total to 38,000, latest government figures show.

The North’s unemployment rate jumped to 4.3 per cent – above the UK average of 4 per cent over the three months to August – according to the latest Northern Ireland’s Labour Force Survey.

Although the jobless rate remained below both the European Union rate of 6.8 per cent and the Republic’s 5.9 per cent during July, the latest jump in the North could represent a turning point, according to Richard Ramsey, chief economist with Ulster Bank in Northern Ireland.

“This represented the largest increase (albeit from low levels) in the number of unemployed in six years. Northern Ireland’s unemployment rate has jumped from 3.5 per cent to 4.3 per cent during the last two quarters, taking the local unemployment rate above the UK’s 4 per cent for the first time in a year,” he said.

It is likely that unemployment will continue to rise in the North next month as the labour survey also shows firms in the North have said there could be 729 redundancies in the pipeline between mid-September and mid-October.