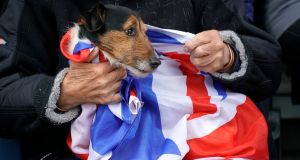 The connections between business – the economy – and politics are not always obvious. Decisions over interest rates and taxes have consequences: not always predictable and always disputed, even after the event.

For instance, few UK or US economists would have forecast that a decade of near-zero interest rates, money-printing on a massive scale and (in the case of the US) fiscal stimulus of a most irresponsible kind, would have resulted in an employment miracle and no inflation. When politics – policy – changes, we need to be humble when trying to figure out what it will all mean.

But politics does matter. Even when political change doesn’t necessarily imply any great, or obvious, policy change, something will happen, something that will impact one way or the other on the business environment. Brexit is breaking British politics. Brexit is also coming perilously close to breaking Britain. Last week’s local elections saw a large electoral shift towards parties that are anti-Brexit. What might this mean?

First, and most obviously, there is interpretation. Electoral desertion of the two main British parties was not a shift by voters towards “Remainy” parties, as described by Robert Peston, ITV’s economics editor. The parties in receipt of voters favour were 100 per cent Remain.

This is not just semantic quibbling: the British media, with one or two exceptions, immediately bought into the narrative that the electorate now just wants Jeremy Corbyn and Teresa May to “get on with Brexit”. Surprisingly, it wasn’t just the ultra-right wing, billionaire owned bits of the press. Even the BBC was at it. In the unlikely event of a referendum on the future of the BBC, I would now vote to abolish it: the betrayal of its public broadcasting mandate has been grim to observe.

Secondly, there is the psycho-pathology of the whole thing. It’s tempting to talk about gaslighting, Orwellian double-speak, believing six impossible things by breakfast, confirmation bias and lots of other psychological theories and descriptions of the oddities of human behaviour. None of these come close to an explanation. Perhaps it is a form of mass psychosis.

Whatever the cause, the phenomenon is real. Brexit has been many things, but from the beginning there has been a gap – one that is growing daily – between people’s beliefs and objective reality.

Third, there is the paradox of change. One of the great lies that we tell ourselves is that we embrace change. But Brexit is, in part, a spasm of fear about the way in which the world has changed over the last half century: votes for Leave were in many ways a cry to restore Britain back to a (mostly mythical) state circa 1955. But the changes that have already been wrought by Brexit are denied by the fundamentalists.

Businesses that have left, will obviously leave, the billions of wasted taxpayer cash, the problems elsewhere in the economy – and society – left languishing: all are ignored, expunged from debate. Everything has changed, but those changes are denied.

Fourth, words matter. The Brexit referendum was meaningless. Or had too many meanings: Brexit might have once meant Brexit but nobody, not least Parliament, has come close to deciding, even approximately, what meaning to attach to Brexit. And yet the Brexiteers insist that nothing has changed, the referendum must be respected. How can something without definition, without meaning, be respected let alone delivered?

Back to the question: what can happens next? Most obviously, there will be a new prime minister, probably sooner rather than later.

The potential policy consequences of Jeremy Corbyn or Boris Johnson are, in their own ways, almost too awful to contemplate. Recent reports of personal wealth being quietly moved out of the country ahead of a Corbyn premiership are credible. More generally, the choice between these two men illustrates the stark divide already present; the way in which Britain is fracturing. We could even see both men, in relatively quick succession, becoming prime minister.

Business must hope that Britain’s unwritten constitution prevails and that political schism will have relatively few economic consequences. Or that, as in the case of the Trump presidency, the economy survives, more or less, an acutely divided society. That may, I suspect, be a forlorn hope, especially for the medium term.

One of the key lessons of both Trump and Brexit is that real problems don’t get addressed. Structural economic weaknesses, healthcare reform, education and all the rest get pushed even further than usual down political agenda. For all the sound and fury, nothing much, in fact, changes. That’s fine if nothing much needs to change. This is where I think the comparison between the UK and the US begins to break down.

Most obviously, despite domestic decision and raging inequality, nobody thinks the US will break up. That’s not true of the UK. The position of both Scotland and Northern Ireland in the Union is a topic of regular discussion.

More generally, the US is in a much structurally stronger position. Trump’s policies haven’t weakened it. Brexit already has damaged the fabric of the UK economy and, whatever happens next, further structural decay seems inevitable.

Business would be advised to hope for the best but prepare for long-term relative decline.