Banks behind twice as many home repossessions as vulture funds 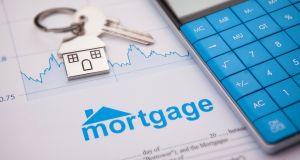 AIB, Bank of Ireland, Ulster Bank and KBC accounted for 46 per cent of house possessions between April and December 2019.

Banks are still responsible for the majority of home repossession actions in the State, according to major new research from NUI Galway.

Some 65 per cent of a large sample of cases examined for the study were taken by the Republic’s largest retail banks between April and December 2019.

The NUI Galway study – “A Lost Decade: Study on Mortgage Possession Court Lists in Ireland” – examined 12,650 mortgage possession cases between April and December 2019. It was carried out by Dr Padraic Kenna, director of the Centre for Housing Law, Rights and Policy at the university.

Dr Kenna warned that the Covid-19 crisis would result in a new round of mortgage arrears. “It is important not to repeat the mistakes of the past and I would recommended that those facing mortgage-payment problems post Covid-19 should be able to avail of the State mediation, personal insolvency and new legislation in 2019 which obliges courts to carry out proportionality assessments,” he said.

Lenders last week said they had made significant provisions to deal with the crisis. Bank of Ireland, AIB and Ulster Bank have booked more than €500 million of loan impairment charges between them for the first quarter, while Permanent TSB forecast it will take a €50 million bad loans charge in the first half of this year.

Prior to the Covid-19 pandemic, there were already 27,000 mortgage accounts related to principal dwellings in arrears of more than two years with more than 85,000 mortgages restructured as a result of payment difficulties.

In the fourth quarter of 2019, a total of 102 private dwelling homes were taken into possession by lenders, up from 80 in the previous quarter, according to data from the Central Bank.

The research shows that only a quarter of borrowers facing the loss of their home had any listed legal representation. In 7 per cent of cases, borrowers were listed as representing themselves. The fact that no representation was listed does not mean that representation was not available on the day, either from a solicitor, the State’s Money Advice and Budgeting Service or another agency.

Just 25 per cent of cases were concluded in the nine-month period, with one-third resulting in court orders for possession or sale, and two-thirds concluded but with arrears remaining.

The report also confirms that the numbers of possession orders being granted has been reducing every year since 2015.