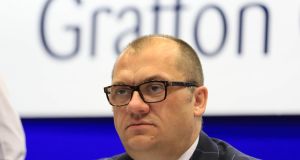 DIY and builders’ supplier group Grafton Group said it would reinstate its second interim dividend for 2019, which was suspended in March last year due to the impact of the coronavirus pandemic.

The move comes ahead of an extraordinary general meeting on January 21st to approve resolutions to allow for the migration from the current Crest securities settlement system to Euroclear Bank.

Grafton said it decided to pay the dividend, which was suspended to preserve liquidity when it was unclear what the financial impact of the pandemic would be on the business, following advice from Euroclear Bank to avoid corporate actions in the weeks around the planned migration in March 2021.

Shares in the companies are currently settled by the Crest system. But following UK’s exit from the EU on December 31st 2020, it was necessary to migrating settlement from Crest in London to EU-based Euroclear, an intermediated system that is administratively and legally more complicated than the Crest system, to allow the shares to continue to be settled electronically for trade on the Euronext Dublin and the London Stock Exchange.

As a result of that move, Grafton Group said it would be necessary to simplify the Grafton unit, with shareholders at the EGM on January 21st asked to back plans for the surrender and cancellation of the ‘A’ Ordinary Shares and the purchase of the ‘C’ Ordinary Shares at nominal value, with the consideration waived.