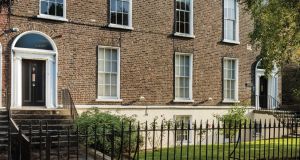 Commercial property investor and asset manager M7 Real Estate has signed a deal to take up space at period office buildings overlooking the Grand Canal in Dublin 4 as it beefs up its Irish operation.

Neither the value of the deal nor the volume of space being taken were disclosed but the property is for the company’s own use.

In January, the company acquired Primeside Park in Dublin for €6.75 million. The industrial estate, which is in Ballycoolin, has 71,300 sq ft of floor area split over 25 units. The development is almost fully let.

The group also controls the Century Business Park in Finglas, which it acquired for €4.47 million last September, and the Westlink industrial estate in Dublin 10, which is bought for €13,870,000 in 2018.

M7’s first investment in the Republic came in 2017 when it bought Fumbally Lane, a combined office and residential development in Dublin which was on the market for €24 million.

The pan-European investor and asset manager operates across 14 countries. It manages a portfolio of about 83 assets with a value of more than €5 billion.

On Wednesday, the group also announced that it had appointed James Smith, formerly of Cushman & Wakefield, as asset manager. Mr Smith previously worked at Knight Frank and Savills.