Will Intel Ireland get a €7bn 31st birthday present?

Big bang investment promises have been known to rebound. Remember when Apple got cold feet? 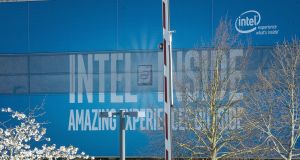 The Intel facility at Leixlip, Co Kildare. Sources close to the company suggested that even if it does choose Ireland, it may not make any “big bang” announcement, lest it has to pull the plug later. Photograph: Dave Meehan

It is 30 years ago this year since microchip giant Intel chose to set up its campus in the Kildare town of Leixlip.

State officials are crossing their fingers that it will sign up for an expansion of the site worth up to $8 billion (€7 billion).

If the decision is made over the next year or so, and if it’s a good one for State enterprise officials, Intel Ireland could be in line for a hell of a 21st birthday party.

It would be the largest private investment in Irish history, provided it goes ahead in full.

The proposed new facility would take four years to build, and upon completion, would employ up to 1,600 staff.

There is, however, still a mood of caution among officials. “We’ve been here before with other companies, which didn’t get over the line,” said one source.

Big bang investment announcements can rebound on the companies involved, and the State, if things go sour.

In 2015, Apple announced it would invest €850 million in a data centre in Athenry in Galway, the largest ever investment west of the river Shannon.

Yet it soon blew up in everybody’s faces. Objectors mired the planning application in legal appeals, and Apple got cold feet.

The Taoiseach, Leo Varadkar, ended up looking foolish when he declared that it would still go ahead, only for Apple to pull the plug a short time later.

Intel is more cautious. Sources close to it suggested that even if it does choose Ireland, it may not make any “big bang” announcement, lest it has to pull the plug later.

Instead, they said, it is more likely to keep plugging away bit by bit, with its head down and its eye on the global economy, which has an uncertain future. That, more than anything, will determine Intel capacity needs.