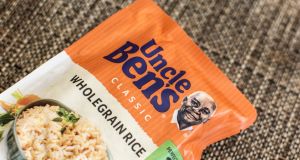 Innocuous elements of the brand – the font, the blue-orange colour scheme and half of the name – will live on. Photograph: iStock

Uncle Ben’s is to be renamed Ben’s Original after the rice range’s owner Mars acknowledged that the label promoted racial stereotypes, the latest example of corporate America ditching long-standing symbols in response to concerns about injustice and inequality.

While innocuous elements of the brand – the font, the blue-orange colour scheme and half of the name – will live on, Mars is dropping the image of an elderly African-American man that has promoted Uncle Ben’s for more than 70 years.

“It’s time for him to retire,” Fiona Dawson, head of Mars’ food business, said in an interview, presenting the results of a three-month review.

She noted that the term “Uncle” had sometimes been used pejoratively in the US to refer to a black man, and the term had connotations of servility. “Clearly that’s something we would not want to be associated with.”

The Uncle Ben’s brand was adopted in 1947, five years after Mars acquired the rights to easy-cook parboiled rice during the second world war. Whether “Ben” existed in real life is unclear, yet the image of the character was based on Frank Brown, a maître d’ in a Chicago restaurant.

More recently, Mars had sought to refresh the image of Uncle Ben’s. A short-lived brand campaign in 2007 restyled him as a successful businessman. About a decade ago, he lost his bow tie.

But calls to scrap the brand have grown louder, especially as the Blacks Lives Matter movement gathered momentum this year following the killing of George Floyd.

Several other consumer goods groups are also changing racially contentious images. ConAgra Brands is reviewing the future of its Mrs Butterworth’s line of syrups and pancake mixes, which come in bottles shaped as a figure of a matronly woman – another image linked with servitude. PepsiCo has said it will ditch the Aunt Jemima character who promotes its baking ingredients and whose origins are connected with minstrel shows.

Mars had considered more radical alternatives to Ben’s Original but ultimately decided to “keep what we can of the past” while adopting a more “equitable iconography”, Ms Dawson said.

“’Ben’ is clearly associated with the brand. People don’t see anything with any negative qualities with the name Ben, so that’s why we’ve chosen to keep it.”

Alongside the rebrand, Mars also said it was taking steps to “enhance inclusion and equality”. The company said it was developing culinary scholarships to support aspiring black chefs, and was also investing to improve education and access to fresh food in Greenville, Mississippi, where the rice product is produced in the US. – Copyright The Financial Times Limited 2020

Read: The Irish brands with a race problem