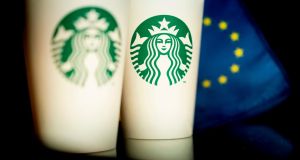 Coffee chain Starbucks won an appeal on Tuesday against an European Commission demand that it pay up to €30 million in back taxes to the Netherlands, while Fiat Chrysler Automobiles lost its appeal to pay back a similar amount of levies to Luxembourg.

The rulings will be closely examined in Dublin as Ireland has recently challenged the Commission demand that it claw back from tech giant Apple a record €13 billion in back taxes in the same court.

“The [European] Commission was unable to demonstrate the existence of an advantage in favour of Starbucks,” the General Court, Europe’s second-highest court, said.

In a separate ruling, the General Court upheld an EU Commission decision that forces Fiat to pay taxes in Luxembourg, from which the carmaker was illegally exempted by the Luxembourg authorities. The European Commission in its 2015 decisions said

Starbucks and Fiat Chrysler set prices for goods and services sold between subsidiaries, known as transfer prices, that were below market rates and which artificially lowered their taxes. The companies, as well as the Netherlands and Luxembourg, subsequently challenged the rulings.

The losing side can appeal to the Court of Justice of the European Union on points of law.

Both cases are part of European Competition Commissioner Margrethe Vestager’s crackdown on unlawful tax breaks offered by EU countries to multinationals that has also extended to Apple’s Irish deal and Amazon’s Luxembourg deal, among others.

Luxembourg, the Netherlands and Ireland are among countries whose economies have benefited from attracting multinationals.

Critics said the EU executive appears to be harmonising taxation regimes across the 28-country bloc by using its state aid rules to assess tax strategies used by many companies. The Commission has denied the accusations while the countries involved have amended their tax rules in recent years.

The judgments from the Luxembourg-based General Court could determine the scope of Ms Vestager’s drive in the coming years and whether she will open more cases. Many of the countries have already tweaked their tax systems since then.

Ms Vestager suffered a setback in February when the same court dismissed her decision against a Belgian tax scheme for BP, BASF and more than 30 other multinationals. The commissioner did not give up and this week opened separate investigations of the companies.

Ms Vestager in her 2015 decision said US coffee chain Starbucks had benefited from an illegal tax deal with the Dutch and the Italian-US carmaker Fiat Chrysler with Luxembourg.