Prosus and Takeaway.com have been battling over Just Eat since last month 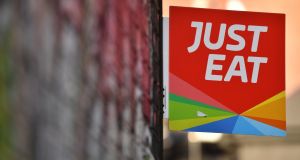 The investment company’s boss, Bob van Dijk, reduced his goal to convince shareholders who own 90 per cent of Just Eat to vote for the deal, to 75 per cent. It is the same target as a rival bid from Takeaway. com, which it agreed with the board in August.

“We wanted to put our offer on par with Takeaway’s offer,” he said in a call with journalists on Monday morning.

The two Dutch companies have been battling it out over Just Eat since last month, when Prosus tried to hijack Takeaway’s deal for the London-listed food delivery company.

“We believe it offers fair value and gives shareholders certainty,” he said, contrasting his cash bid with Takeaway’s offer, which will be paid in shares.

Traditional delivery businesses like Just Eat have faced challenges from newer rivals in recent years, such as Deliveroo and Uber Eats.

Mr van Dijk said Just Eat had failed to invest in products, technology, marketing and its own delivery capabilities.

“We believe that under-investment in these areas has opened the door for Just Eat’s own delivery competitors to steal a march, and this has led to Just Eat losing market share,” he said.

But the Dutchman’s bid has attracted criticism from Just Eat’s board, which said last month that it “significantly undervalues” the business.

This sentiment has since been echoed by Cat Rock, the activist investor which owns a 3 per cent stake in Just Eat.

Prosus has met several shareholders, and will speak to more in the coming days, Mr van Dijk added. – PA