The College View: DCU member of staff and their son were made homeless following the Incorporation Programme, which saw the Church of Ireland College of Further Education among others amalgamate into the university this year, according to TD Richard Boyd-Barrett. 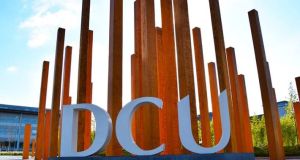 Photograph: Courtesy of The College View

The staff member, who has stated their wish to remain anonymous, continues to be employed by DCU following the amalgamation. They had lived according to a previous accommodation agreement for a number of years while working for CICE before being forced to leave.
Boyd-Barrett, an Anti-Austerity Alliance–People Before Profit politician and TD for Dun Laoghaire, told the Oireachtas on October 25th that a former staff member of CICE was evicted from their accommodation by the college.
He said that prior agreements had been established between the person with CICE to live in nearby accommodation with their son and that assurances were made that these employment agreements would carry through into Incorporation this year.
Addressing the Minister for Education, Boyd-Barrett said: “As a result of the merger of the former Church of Ireland College of Education and other training colleges with Dublin City University, a person and their son have now been made homeless following eviction by the college from the person’s accommodation despite assurances that accommodation, which had been part of their employment arrangements with the college, would continue to be provided.”
To read the rest of this story please follow this link: http://www.thecollegeview.com/2016/11/30/staff-member-made-homeless-following-incorporation/