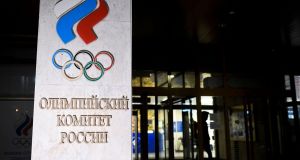 A highly-respected British member of the World Anti-Doping Agency’s (Wada) athlete committee is questioning her future after condemning what she called the “spineless and appalling” decision not to issue an outright ban on Russia from international sport.

Amid signs of a widening athlete backlash, the retired Paralympian Vikki Aggar told the Guardian that allowing Russians to still compete at Euro 2020 – and under a neutral flag at the 2020 Olympics and 2022 World Cup despite a supposed four-year ban imposed on Monday – made “a mockery of the system and was embarrassing to Wada”.

“There comes a time when you think ‘is it worth associating myself with such a spineless organisation?’,” asked Aggar. “And I think it is for everyone on the committee to have a think about where they stand.

“It is not in our DNA to give up, and I have stuck around to support our chair Beckie Scott, ” she added. “But it is just a constant battle. And when you are constantly not being listened to – and constantly berated – there comes a time when you think should I put my efforts elsewhere? Without making knee-jerk reactions I think a lot will happen in the next 48 hours.”

On Monday Wada president Sir Craig Reedie announced that Russia would be banned from global competitions for four years after manipulating and deleting doping data from its Moscow laboratory. However Wada also agreed that individual Russian athletes would still be able to compete internationally if they could prove they weren’t tainted.

Reedie also rejected calls for a blanket ban from Wada’s athlete commission, calling them a “ginger group” and saying full bans didn’t work. However Aggar said those comments were both “laughable and disrespectful”.

“I thought about quitting when Wada made the Russian Anti-Doping Agency compliant again last year so I don’t want to be the person that cries wolf and never acts on it after this appalling decision,” she added. “But while I’ve hoped that things might head in the right direction, it’s looking pretty bleak at the minute. I also know Wada would love me to leave because I am challenging them.”

Aggar has received the full support of Scott, who told the Guardian that the fight against anti-doping was in a difficult place. “It just feels like an uphill battle,” she said. “There is a real disconnect between the athlete commission and leadership at Wada.”

“The commission is really dedicated and passionate about protecting clean athletes. However at a time when Wada’s Executive Committee finally had the power and authority to take legal action against such blatant corruption from Russia it chose not to? It is surreal.”

Adam Pengelly, the second British member of Wada’s athlete commission, also said he supported a full ban on Russian athletes because of the country’s failure to tackle widespread state-sponsored doping.

“Nothing has worked,” he said. “I’ve been reluctant to call for a full ban but until the system changes, athletes will continue to get exploited in Russia.

“I have been told by a Russian friend in sport that it is a collective system, and the majority of those who were around 5-10 years ago are still there. So the 12-year-old girl who wants to be a 1500m runner will probably be at major risk of having to be pushed into doping later in her career.”

Meanwhile Rob Koehler, who heads the athlete-led movement, Global Athlete, said that a significant number of leading sportsmen and women had contacted him to express their frustration with Wada.

“It is a step backwards compared to where we were in 2016, when Wada recommended a complete ban on Russia for the Olympics and Paralympics,” added Koehler, who was previously the deputy general of Wada. “Reedie now says that blanket bans don’t work – but the example of South Africa under apartheid suggests otherwise.”

Koehler also warned that the decision not to stand up to Russia would have worrying consequences. “I think the credibility of Wada had already deteriorated but this decision has made it worse,” he added. “The problem is that Russia is powerful. They host events and there is a lot of Russian representatives on various international sports boards, so their influence is wide and their tentacles are everywhere.”

Russian president Vladimir Putin has said his country has “reason to appeal” against the four-year ban imposed on Monday, claiming that he did not agree with collective punishment. “The main thing, in my opinion, and it seems to me that everyone agrees with it, is that any punishment – since the times of Roman law – should be individual and based on what that individual did,” he added.

However the head of the US Anti-Doping Agency Travis Tygart told the Guardian that the Court of Arbitration for Sport (Cas) might also listen to an appeal from clean athletes who feel that Wada’s sanctions against Russia does not go far enough.

“Cas rules allow for parties to intervene when it is appropriate and they are adversely affected,” he said. “Whether the athletes end up doing that will be their choice – but if Cas agrees with them, it would then have the ability to increase any punishment on Russia.” – Guardian