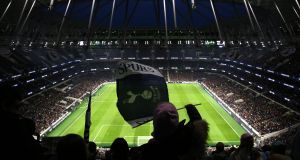 It’s not that I say this lightly, nor do I even want to see myself actually writing these words, but watching the Bundesliga along with over half a million others on BT Sport, my mind wandered into trying to foresee what can happen with women’s sports. Even categorising it differently to the men’s made me cringe. And while I’d long argue how they are the same, just like when Tarzan met Jane, I eventually realised that they were different while being the same.

Project Restart is well and truly under way although various players like Willian of Chelsea and Troy Deeney of Watford have already expressed reservations about returning to play. According to the more outspoken players, there are many others also feeling anxious but are too nervous about going against the grain.

So while the FA dive into Project Restart, the Women’s Super League is left afloat wondering what it needs to do to not only return, but also survive. There are a few key examples to highlight how far women’s football has come. The main one is noting AFC Fylde Women are the only team to have been withdrawn from the top tiers of the women’s game.

If this global shutdown were to have happened only a mere few years ago, chances are a lot of teams would have gone under and leagues would have folded all over the world. Add to that how the top clubs that have been assigning home workouts and sending equipment individually to keep players fit and ready to go.

But, unlike the Premier League and other men’s leagues, the women’s game is known for its off-field issues as much as its on-field glories. Contracts in the Women’s Super League and even National Women’s Soccer League are typically only for one season, and job security isn’t that high.

Sure, the FA managed to keep all that ticking over for the time being but given the financial muscle needed for a restart of the women’s game, off the back of significant hype given the 2019 Fifa Women’s World Cup, it must now make some precarious decisions during the most perilous of times. Last week, Lewes Women estimated it would cost about £3 million (€3.3 million) for the remaining 82 matches in the top two women’s divisions to take place.

The WSL doesn’t have the benefit of broadcasting money that could bail them out. In fact, whenever games are shown, they are usually shown for free (on the FA Player) or broadcasters such as BT Sport and BBC only pay for production costs. The NWSL in America only secured its first one-year broadcast deal with CBS which could have seen them reach new levels of interest, especially after Seattle Reign were bought out by Jean-Michel Aulas, owner and chairman of Olympique Lyon.

And given the now obvious but unwanted reality that fans may not be at games for quite some time, the fluctuating revenue the women’s game has often relied on now looks even more out of reach.

Add to that, the cost of keeping players safe and healthy while providing a safe place to train and play is challenging enough sans pandemic.

Take ladies football here alone. As teams are obliged to rent GAA pitches from clubs and inter-county squads, many are left going day to day without knowing where their training is on or even where matches themselves might take place. While this is now becoming an easier battle, as access to pitches will become more limited, it wouldn’t surprise me too much if women’s teams are left out in the cold.

The global players’ union FifPro detailed in a recent report that women’s football must carve out its own pathway to build solid foundations and a bright future for the game. While I can understand athletes’ frustrations, my next statement might raise the ire of athletes and fans alike: I think the £3 million would be better used to develop homegrown new talent in the WSL while other leagues also use it as a smart opportunity to invest in other areas to reap the rewards in the future.

The women’s game has to accept the financial instability and accept that this time it is different to the men’s game, for better or for worse. While player, staff and fan welfare must be at the forefront, women’s sports now has its null year to decide how it wants to differentiate itself from the men’s.

If leagues and football associations do decide to end seasons, just like in Spain, they should not be critiqued. Instead, they should be held accountable to use the money properly over the next few years and thus solidifying an answer to the age-old debate on whether men and women’s sports are different.

For now, use a unique and unprecedented circumstance to ensure the success of the women’s game by acknowledging it is different as of today.

1 Dave Hannigan: Trump gets the clubs back out as death toll keeps rising
2 World Rugby approve law trials to reduce player contact
3 Dr Bob Rotella: ‘If you focus only on the target you’ll play darn good golf’
4 Science shows that sports events going ahead was ludicrous
5 Zoom calls with Rory and the GUI bake-off: Neil Manchip keeping the flag flying
Real news has value SUBSCRIBE
Crossword Get access to over 6,000 interactive crosswords