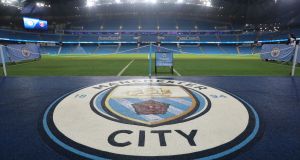 A Uefa statement read: “The investigation will focus on several alleged violations of FFP that were recently made public in various media outlets.”

An independent investigation by Uefa into City’s behaviour was opened after information was made public by the Football Leaks hack and published in the German magazine Der Spiegel alleged City used sponsorship deals to circumvent rules on how much money owners can put into a club.

City could be banned from the Champions League, perhaps as early as next season, should the club be found to have FFP rules.

At a recent meeting of Uefa’s executive committee in Dublin the president, Aleksander Ceferin, described the investigation as “a concrete case” and pledged an outcome “very soon”. Uefa officials believe the integrity of one of the organisation’s key rules is under threat and that sporting sanctions are the only appropriate response should City be found to have flouted them.

The Premier League champions were previously fined £49 million for contravening FFP in 2014 but avoided a more severe punishment and subsequently had the fine reduced to £18 million after complying with operational and financial measures agreed as part of the punishment.

City have issued a consistent response to all claims made by Football Leaks and Der Spiegel: “We will not be providing any comment on out-of-context materials purportedly hacked or stolen from City Football Group and Manchester City personnel and associated people. The attempt to damage the club’s reputation is organised and clear.” – Guardian