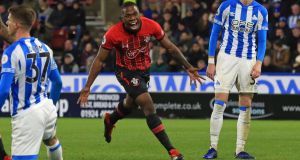 Brighton are without goalkeeper Mat Ryan, who has joined Australia’s squad ahead of the Asian Cup. David Button and Jason Steele are competing to replace him. Defender Lewis Dunk returns from a ban, but Alireza Jahanbakhsh is on international duty with Iran and fellow winger Jose Izquierdo (knee) is out.

Ademola Lookman, who has missed Everton’s last two games with an ankle problem, could be fit. Fellow forward Richarlison may be restored to the starting line-up after his substitute appearance in the 5-1 win at Burnley, which saw him score his ninth league goal of the season.

Fulham have a fully-fit squad with the exception of midfielder Andre-Frank Zambo Anguissa, who is recovering from an ankle injury but could return in time to face Arsenal on New Year’s Day.

With Jamie Vardy fit after a groin problem earlier this month and primed to start, Leicester boss Claude Puel has no fresh injuries worries. Daniel Amartey continues to recover from a broken ankle he suffered at the end of October.

Dele Alli missed Spurs’ win over Bournemouth due to a hamstring injury and will be monitored after training. Serge Aurier (groin) has returned to training but Jan Vertonghen, Eric Dier, Victor Wanyama and Mousa Dembele miss out.

Diogo Jota remains out for Wolves as he continues to battle a hamstring injury. Leander Dendoncker and Kortney Hause will be assessed after they were left out of the squad for the 1-1 draw at Fulham due to illness.

Watford will be without Christian Kabasele. The defender was hospitalised after colliding with a goal post during the

defeat to Chelsea, though he appears to have escaped serious injury. Will Hughes (hip), Andre Gray (leg), Sebastian Prodl (knee) and Adalberto Penaranda (foot) were all absent on Boxing Day and could remain out.

Newcastle midfielder Jonjo Shelvey is available after five games out with a thigh injury — timely, with Ki Sung-yueng away on international duty with South Korea. Goalkeeper Karl Darlow (elbow) and defender Ciaran Clark (ankle) are out, but Florian Lejeune is available after knee ligament damage.

Liverpool midfielder James Milner will miss out with a minor muscular injury. He sat out the win over Newcastle and is not expected to return until Thursday’s trip to Manchester City. Left-back Alberto Moreno has recovered from a back injury, but striker Dominic Solanke (muscle) is out.

Christian Benteke is Palace’s only injury absentee, but is getting nearer to making his return after a knee injury. Keeper Wayne Hennessey (back) and full-back Martin Kelly (adductor) are back in training and set to be available.

Chelsea’s Pedro misses out due to a hamstring injury which could sideline him for two weeks. Callum Hudson-Odoi faces a late fitness test after picking up a hamstring concern of his own at Watford, while Alvaro Morata is fully fit.

Burnley are set to be without Robbie Brady and Steven Defour. Brady has missed two games after picking up a knock in the loss to Spurs, while Defour is still struggling with a calf problem. Matt Lowton is suspended and Aaron Lennon, Stephen Ward (both knee) and Nick Pope (shoulder) remain sidelined.

West Ham hope Pablo Zabaleta can recover from illness in time. The Hammers could only fill six of the seven substitute berths in the win at Southampton, leaving boss Manuel Pellegrini hoping Javier Hernandez and Marko Arnautovic might shake off hamstring issues in time to face the Clarets.

Saints midfielder Mario Lemina is a doubt with a stomach problem. Fellow midfielder Pierre-Emile Hojbjerg returns from a one-match ban, but striker Michael Obafemi (hamstring) and left-back Ryan Bertrand (back) are sidelined.

City could again be without Fernandinho (thigh), while Fabian Delph is banned. Playmaker David Silva is back in action after coming off the bench at Leicester, but Benjamin Mendy (knee) and Claudio Bravo (Achilles) are still unavailable.

Romelu Lukaku, Alexis Sanchez will be assessed after missing Ole Gunnar Solskjaer’s first two matches as caretaker boss, while Anthony Martial is hoping to recover from illness. Chris Smalling (foot) is out, but Scott McTominay, Marcos Rojo and Antonio Valencia are closing in on a return.

Bournemouth are without captain Simon Francis, who became the third Cherries player to sustain a serious knee injury this season when he ruptured an anterior cruciate ligament at Tottenham. Adam Smith and midfielder Lewis Cook are both in rehabilitation, while Dan Gosling also has a knee issue.