Premier League club has been banned for two transfer windows 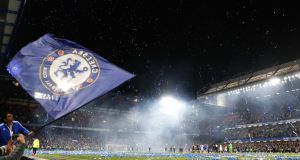 Chelsea have lodged an appeal with Fifa against their one-year transfer ban imposed for breaching rules regarding the signing of youth players.

Last month the club were issued with a two-window registration ban and fined 600,000 Swiss francs (€530,000) by the governing body’s disciplinary committee over the recruitment of 29 players aged under 18.

When the punishment was announced Chelsea said they “categorically refute the findings” and will appeal against the decision and that has now been done.

“We can confirm that Fifa has received an appeal from Chelsea FC over the said case,” said a Fifa spokesman.

In January 2016 possible irregularities in the signing of Bertrand Traore by Chelsea came to light.

Chelsea officially signed Traore in January 2014, the first transfer window after his 18th birthday, but it emerged he played for the club more than two years earlier, when he was 16.

Fifa did not confirm if Traore’s transfer was one of the 29 for which Chelsea have been punished, but it was the trigger for the investigation.

Barcelona, Real Madrid and Atletico Madrid have all been sanctioned for similar offences.

Barcelona contested their two-window sanction, unsuccessfully, but their appeal delayed the penalty and allowed them to sign players, including Luis Suarez from Liverpool.

Real Madrid’s penalty was reduced following an appeal to one January window.

Fifa has not put a date yet on when the appeal will be heard or whether in the interim the ban will be lifted, with a spokesman saying: “As a general rule we do not make comparisons with previous cases. There is no exact timetable for the hearings and decisions taken by the Fifa appeal committee.”

That currently leaves Chelsea in a transfer limbo - although with the window not officially opening for almost another three months there is time for the case to be resolved.