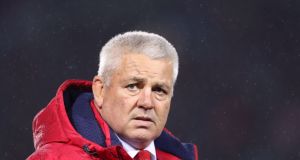 In the wake of their restorative win over the New Zealand Maori, Warren Gatland defended the logic behind his decision to call in players from the Welsh and Scottish squads who were closer in proximity to the Lions than the Irish and English squad. He also ridiculed the theory propagated by Steve Hansen and a small section of the New Zealand media that the Lions squad were divided.

“There is no way we are divided into two. We’ve got a big game against the Chiefs on Tuesday night. I look back on 2013 and we made between the first and third Test there were nine different selections so the players who may not be involved in the first Test have to stay alive, you have to stay in it because you may get a chance in the second or third Test.

“We’ve said all along that it’s about preparing and learning from the games warming up but it’s all about the Test series, it’s about winning the Test series and that’s what we need to do. I said if we drop a couple of games along the way then we can benefit from that if we learn from the experience.

“Everyone’s got to be excited for what can be a great Test series. We’ve been written off, and apart from people saying that’s put a split in us, it’s brought us closer together as a group. The harmony and the boys singing in the changing rooms from the guys who weren’t involved tonight and what it means to them in terms of the whole squad, we’re very, very close. If Steve Hansen knows what’s going on from outside, then he’s a much better man than I am.”

In this respect, Gatland admitted he was “a little bit” disappointed that there was an inference from the All Blacks camp that the Lions squad were divided.

“I’m surprised by Steve Hansen who is normally pretty calm. He has been doing a lot of press conferences and I can only take that as a sign of respect in that he is a little bit worried. They arranged a pretty quick game against Samoa and if you saw the first 20-30 minutes, they needed that. Obviously they were outstanding in the second half.”

“It’s unlike Steve and maybe he is worried by potentially how good this team can be. We know we have got a big step up to play the All Blacks but all I can say is that this could be a great series with fantastic rugby. Everyone should get excited.

“Wherever we have been in New Zealand, the welcome has been brilliant. I can’t speak more highly of that. The off-field stuff, similar to the stuff that people have been saying, puts a bit of a dampener on the tour. But that’s professional sport, you’ve got to deal with that and move on.

“It’s not anything that is a worry for us but you go ‘Whoah, he is a little bit more worried than he normally is,’ saying these comments about us; things he knows about or doesn’t know about. That is normally a sign of a man that is a little bit worried.”

In addition to calling up the Welsh quartet of Cory Hill, Kristian Dacey, Gareth Davies and Tomas Francis, the Lions have supplemented the squad with the Scottish pair of Allan Dell and Finn Russell. The location of the Welsh and Scottish squads, as opposed to Irish and English squads on tour further away in Japan and Argentina, counted for more than pure merit.

This has evidently aggrieved Eddie Jones and Joe Schhmidt, and even more so former Lions’ players and indeed Ian McGeechan.

“Look, I understand the concerns and we did that similarly in 2013 in terms of some of the call-ups. The thing is we could have made some of those decisions earlier last week but we waited until after the Highlanders game and we sat down as a coaching group and looked at the players potentially coming in and players that we need to sit on the bench as cover so that the best chance - as I’ve said it’s all about the Test series - it’s about giving the 23 and some players are going to have to back-up, they’re going to have to be able to play on Tuesday and Saturday to give those players the best of a week’s preparation ahead of the first Test.

“I just don’t think you’re able to back-up and try to prepare for Tuesday and then try and turn around and win the game on Saturday. Like I said, it’s all about us doing that for the best opportunity for the first Test. We did that in 2013 and I have no doubt it’s one of the reasons why we won the first Test because we gave the Test team a chance to win the Test, and if we hadn’t have done that then we could have easily lost the series.”

Gatland was asked if it devalued the shirt, and responded rhetorically? “Does it devalue the shirt? You’re only a Lion when you get on the field and there’s a few of those players that were probably unlucky not to potentially be in contention in the first place. We’ve picked up a couple of injuries. In terms of devaluing the shirt, I can see some people’s point in that but we’re here to win a Test series and it’s those guys covering from Auckland, not travelling halfway around the world.

“We found it difficult the first 10 days when we were here in terms of jetlag and tiredness and stuff. The players that came in from Auckland last night and from Australia will be able to fit quickly into that time zone.”

The main quibble with the call-ups is that the Lions couldn’t have decided upon them a little sooner and, say, called up Cian Healy and Joe Launchbury, or even Devin Toner, a week ago.

Asked if some current members of the Lions squad, who had worked so hard to make this squad, might be a little put out by the call-ups, Gatland said: “You would have to ask the players individually. This is something we had planned from the start and informed the coaches and this is what we were looking to do. I understand it is difficult when you are so far away and when you bring them in. These guys will be with us for a week and they are for bench cover and they understand that’s the way it is. My job is to win a Test series and I will do whatever it takes to do that.”