Pool A: Russia hoping to seize an unexpected opportunity 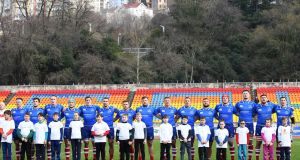 Russia qualified for the tournament after Spain, Belgium and Romania were sanctioned for fielding ineligible players. A disciplinary committe hearing ruled that all three countries who had broke eligibility rules were deducted points and Russia received the qualification spot for the World Cup. Russia only won four of their eight matches in the Rugby Europe Championship which served as a qualification process for the tournament while Spain and Romania each won six but the latter pair were docked points for the rules transgressions. Russia were hammered 85-15 by Italy in August, with the returning Matteo Minozzi scoring a hat-trick of tries. That was followed by a 35-22 defeat to English Championship side the Jersey Reds in Moscow on August 27th - not the type of result to fill Russia with hope of springing a World Cup surprise.

Welshman Lyn Jones is a former head coach with Dragons and Ospreys was appointed as the head coach of Russia last year. The 54-year-old, who won five caps for Wales as a flanker, had been working as head coach at Neath RFC. He is the second Welshman to hold the position after another ex Welsh international flanker Kingsley Jones.

Vasily Artemyev, the most famous Russian winger since Prince Obolensky. Educated at Blackrock College and UCD, he scored a hat-trick of tries in a Junior Cup final win and then went on to win two Senior Cups at the Williamstown school. Born in Zelenograd his parents wanted him to learn English so he was dispatched to Dublin as a teenager. After flirting briefly with the Leinster academy he returned home to play Sevens for Russia, signed for the Northampton Saints and scored a try against Ireland in the 2011 World Cup pool match.

Andrei Ostrikov played basketball until the age of 15 before taking up rugby in his native city of Zelenograd. He played for the national Under-19 team as both a secondrow and flanker and at the U-19 World Cup in Dubai he was scouted by then then Top 14 club Agen with whom he spent three years before moving to Aurillac. In 2011 he joined the Sale Sharks, playing 146 matches and scoring seven tries before the 32-year-old left the club during the summer.

They have only previously qualified for one World Cup and that was the 2011 version when despite losing all four matches they did score eight tries and ran the USA close in a 13-6 victory. Another member of that Russian team that will be familiar to Irish supporters was Adam Byrnes, the Australian born secondrow who spent some time at Leinster.

They are likely to be the whipping boys of the pool, boasting strong powerful forwards and some decent athletes behind the scrum, but lacking the cohesion, rugby nous and experience to trouble the other teams. It would constitute a major surprise of they were able to win a single match but they might be reasonably competitive in a couple.