Pool A: Brave Blossoms ready to do Japan proud 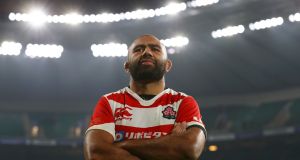 Cast your mind back to Brighton in 2015, and one of the most stunning victories in rugby history as Japan beat the mighty Springboks. Japan have managed a victory over Italy last summer and a draw with France in Paris in November 2018 as standout performances since the last World Cup in 2015 and that momentous win. It’ll be interesting how they handle the level of expectation as the host nation. They have never managed to escape their pool having qualified for every World Cup since 1987. This year they come up against an Ireland side who are in relative disarray and a Scotland side who aren’t the biggest physically. The Brave Blossoms will fancy their chances against both, with the final round fixture against Scotland particularly mouth-watering. Ranked ninth in the world, Japan recently won the Pacific Nations Cup, with their 34-21 win over Fiji suggesting they will perhaps be the best side on show outside of the Tier One nations.

The former All Blacks backrow Jamie Joseph took over from Eddie Jones in guiding the fortunes of the Brave Blossoms. He hasn’t been afraid to experiment or bring in foreign born players if they add value to the squad including Pieter “Lappies” Labuschagne, who recently led the team against Fiji and James Moore.

Michael Leitch, the New Zealand born backrow, has been an inspirational figure for his adopted country, most famously in leading the team to their famous World Cup victory over the Springboks in 2015. He has just returned from injury and will play in the Pacific Nations Cup that’s taking place in Fiji.

Amanaki Mafi, the Tongan born number eight, has been selected in Japan’s RWC squad. He has an assault charge hanging over him dating back to July 2018 and an incident involving his then Rebels teammate Lopeti Timani. With the trial not taking place until January 27th 2020 he has been cleared to play - he is an abrasive, bally carrying number eight who scores tries and will give Ireland plenty to think about.

Japan’s 34-32 victory over South Africa in the 2015 Rugby World Cup is a standout, the late try from replacement wing Karne Hesketh allowing them to produce the biggest upset in the history of the tournament. They turned down a late penalty chance that would have given them the opportunity to level the scores in going for the win.

Japan were ridiculously unlucky not to qualify for a quarter-final in 2015, winning three of four pool matches but still losing out to Scotland and South Africa. If they can get some ball then they are a handful for most teams in attack but the major issue remains the set piece and whether they have the ballast to survive when teams shut down their wide game.

Yan Bingtao becomes youngest Masters champion in 26 years 07:01
Liverpool’s attack struggling without Van Dijk; Yan Bingtao wins Masters title 06:51
‘I realised the book had helped people and that has been part of the healing’ 06:15
Ken Early: Liverpool have crumbled without Virgil van Dijk 06:00
To let the Games begin, or not: Three Irish athletes give their thoughts on the Tokyo Olympics 06:00
Crossword Get access to over 6,000 interactive crosswords