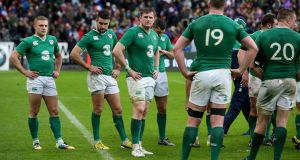 In 1996, 20 years ago almost to the day, the first game of professional rugby was played. It was between the New South Wales Waratahs and the Transvaal from South Africa. The 1995 World Cup-winning Springboks coach Kitch Christie and their captain, Francois Pienaar, were performing the same roles for the Transvaal.

On a steamy, sticky and humid night at the Sydney Football Stadium, I was the manager and assistant coach of the Waratahs. I have a vivid memory of both Kitch and Francois standing in the Waratahs changing room and speaking with great dignity and sportsmanship as they congratulated us on a tough and unexpected win.

The birth of Super Rugby was like the injection of a drug into the life of the game in the Southern Hemisphere. The pace of your reality seemed to accelerate and you doubted what your eyes were seeing.

The game I had grown up with, played and coached, vanished in an instant and a hybrid, electrically-supercharged clone had taken its place.

It was an amazing experience.

There is no doubt Super Rugby was conceived at a time of revolution. The dominant financial code in Australia was Rugby League and it was in a state of civil war. News Corporation pumped hundreds of millions of dollars into a rebel competition to gain TV rights.

Rugby was caught in the crossfire yet, in the end, the game of rugby in the south was a giant winner. The unions kept control of the teams, but at a price. Rugby was a sport for pay television and it was made very clear, by the those who paid their hard-earned cash, that free-flowing, running rugby was what they were stumping up the cash for.

On away trips, smart teams simply aimed to score four tries. Winning was not the only way to get rewarded, two points for a loss was not really a loss. Teams quickly discovered that if you scored four tries you very rarely lost.

In Super Rugby, as if with the swish of a magic wand, running the ball became king. The action in the games was simply unfathomable for the viewer and also for the players involved. The drug was the running game.

Instantly the competition points system had an impact on the international matches between the three southern giants. Some of the games from that era remain epic encounters, with breathtaking drama.

As a boy, sitting with my three elder brothers, I grew up devoted to hearing the mystical voice of Bill McLaren calling the names of the giants who transformed the darkness of the bleak winter into blinding light in the rugby cathedrals of the north.

On Monday evenings, after a Five Nations weekend, the Australian Broadcasting Commissions would play a highlights package of what was without doubt was the greatest rugby competition in the world, from the centre of the rugby universe. Bill Beaumont, Fergus Slattery, Andy Irvine, Gareth Edwards and Jean-Pierre Rives were mystical figures in our boyhood.

This weekend’s games in the Six Nations hold almost no names that will go down into annals of rugby lore. The standard of play is so poor that the championship has slipped from being the centre of the world rugby to a second-tier competition. With the rise of the Pacific Island nations, Japan and Argentina it is not inconceivable that the slide could continue to the third tier.

The crowds remain magnificent and the venues are legendary. The days surrounding Six Nations matches are joyous and wonderful for the rugby community. As it has always been, the rugby people are simply brilliant.

It is bordering on tragic that the standard of rugby is so turgid that it has undermined the value of the championship to such a large extent.

While the first weeks of Super Rugby have produced breathtaking skills from teams right across the competition, the Six Nations has slumped deeper into a cesspool. The obsession with collisions prevails, there is a general ignorance of creative play.

Youtube the Barbarians verses New Zealand in 1973 – the off loading and side stepping from the European players remains mesmeric.

The horrid state of the championship demands the time for reform within the Six Nations is now. The Northern Hemisphere needs its elder statesmen to provide leadership to drive the required change to inspire the players and coaches to embrace the true spirit of the game and the century old traditions of the championship.

Twenty years of refusing to change something as basic as how competition points are awarded is a telling fact in the sad and inevitable decline of rugby’s greatest institution.