Angling notes: angling remains suspended at The Lough and Belvelly Lake and at Inniscarra and Carrigadrohid reservoirs 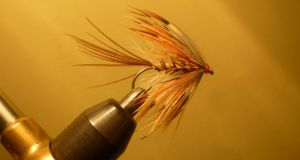 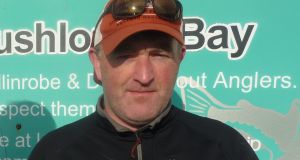 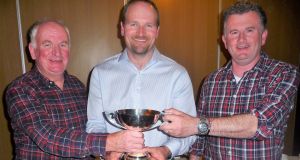 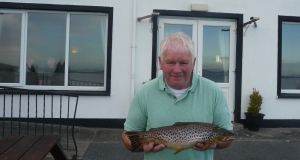 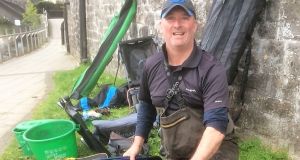 Scientists at the Fish Health Unit of Irish Marine Institute have advised that the sample carp taken from The Lough and Belvelly Lake in Cork have all tested positive for carp edema virus (CEV).

This is a poxvirus which causes a disease known as “koi sleepy disease” in both koi and common carp. While tests are ongoing, this is being treated as a “suspect positive” and is not confirmed as the causative agent of the mortalities until all tests have been completed.

Inland Fisheries Ireland recommends that stringent biosecurity protocols need to be implemented. All mortalities continue to be removed and disposed of in a bio-secure manner.

Meanwhile, angling remains suspended at both The Lough and Belvelly Lake as well as Inniscarra and Carrigadrohid reservoirs.

After all, I had teamed with David the previous week in the Ballinrobe Anglers’ competition where again he managed to catch seven trout to my two!

The championship was held under the auspices of the International Fly Fishing Association (IFFA) and comprised teams from Scotland, Wales, England and Ireland. Home advantage certainly paid off as the Irish team finished streets ahead of their rivals with 45 trout to that of Wales with 25 trout.

Catch and release was the order of the day with a 12in (30.48cm) minimum size limit. The longest fish was recorded by Scottish angler Andrew Dunn with a trout of 51.2cm.

The all-day competition on Saturday proved difficult in terms of catch returns despite the fact conditions were ideal. Perhaps the lack of mayfly was the reason – we saw only eight! Out of 32 anglers, 11 caught fish for a total of 14.

However, Bill Fegan managed three in Maamtrasna Bay for 1.450kg to win the coveted Wicklow Cup. “The fish came on for a short while. I was lucky to be in the right place at the right time,” he said.

Benny Driver came a close second with a magnificent fish of 1.432kg (3lb 3oz) from the sandy stretch outside Gortmore Bay. The Sunday competition was curtailed to finish at 3pm with just one fish allowed for weigh-in. Benny’s brother, Noel, took the honours here with the longest fish to win the Lough Conn Cup.

Wednesday’s top weight of 23.440kgs 440gms was caught by Derbyshire angler Chris Simpson from peg 1 on Broadmeadow, which earned him the top daily prize of £500. Second was Cameron Hughes from Derby with 16kg 080gms from peg 14 at the Ely Lodge section. In third spot, previous Classic winner Malcom Brown from Coventry who landed 19kgs 680gms from the Rossahilly section.

The Classic is sponsored for the 15th year by Waterways Ireland and organised by Fermanagh and Omagh District Council in conjunction with Inland Fisheries Division of the Department of Culture, Arts and Leisure.

Contact fly-tyer Jimmy Tyrrell at irishflycraft@gmail.com or 086-845 1257 to avail of the pattern.