Overall, senior teams will get extra €50,000 this year to compete in tournaments 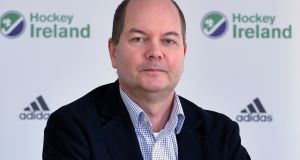 For a sport that has managed to qualify two senior teams for World Cups this year in England and India, the men’s team, who are currently involved in a Five Nations event in Spain, must feel a little underwhelmed that their high performance funding programme has been cut by €10,000 this year from last.

Everyone who has been around long enough knows one thing: Sport Ireland’s allocation of funding is as clear as Stephen Hawking’s Black Holes and Baby Universes.

On the upside, the teams will receive an additional €60,000 for participating this year in the tournaments. But why €60,000? And why does Horse Sport Ireland deservedly draw €110,000 for the World Equestrian Games?

Why are the numbers different? What are the grants based on? Participation rates? World rankings? General costs? Tournament qualification? All combined?

What would be helpful is a criteria list that is transparent and that everyone can see and understand.

“We’re very grateful for the support we receive from Sport Ireland and the additional €60,000 to help our squads prepare for their World Cups is greatly appreciated,” said Hockey Ireland chief executive Jerome Pels.

“However, two World Cups will require a significant investment and we are still actively seeking sponsors for both teams to bridge the gap.”

Hockey Ireland also received a core grant of €260,000 and another revenue stream from the women in sport programme worth €35,000. Overall, from each of the sources a total of €875,000 goes into the sport, which has a participation rate of about 50,000 people.

There is no registration system yet in place for hockey to know exact participation numbers but that anomaly may be rectified later this year. But the costs of administration and participation are huge with the men’s team finishing off their tournament in Spain tomorrow against the USA.

In March the team play in the Sultan Azlan Shah Cup with heavy hitters Australia, England, Argentina, India and hosts Malaysia before various other commitments prior to the World Cup in December.

1 Irish pack must expose the weakness in England’s backrow
2 England v Ireland preview: Ireland’s revival to face its sternest test
3 Ireland Slam England at the Gardens to open up Grand ambitions
4 Keeping Donegal on the road to success a costly business
5 Alex Corbisiero recalls Twickenham 2012: ‘We were like sharks in the water’
Real news has value SUBSCRIBE