Bangladesh A ease to five-wicket win over Ireland Wolves 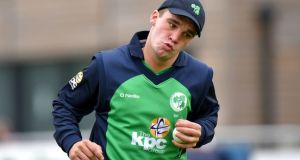 Andrew McBrine’s four-wicket haul wasn’t enough to prevent Bangladesh A closing out a five-wicket win in their first unofficial Test against Ireland Wolves in Sylhet.

Resuming on 27 for 2 needing a further 107 for victory, the Donemana off-spinner struck twice early in the morning session removing Al Amin (24) and first innings centurion Sadman Islam (25) in quick succession.

However, any Irish hopes of victory were quickly extinguished by a fifth wicket stand of 71 between Yasir Ali (47*) and Nurul Hasan (31) - which was only ended by Nathan Smith (1-8) when the scores were level.

“It’s obvious that the game was lost in our first innings. To win the toss and only score 250 batting first isn’t good enough. We’ve addressed that and we know that as batters we’ve got to be more clinical,” said Irish captain Andrew Balbirnie afterwards.

“It’s disappointing to lose the game but I couldn’t have asked any more from the lads. We’ll look back on this as an opportunity to win missed, but we’ve said this tour is all about learning and I’m confident all 11 players have taken something that can help them improve.”

The teams are back in action on Tuesday, when they play the first of their five one-day matches in Dhaka.