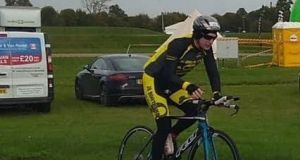 In October 2017, Gerard Prendergast (37) from Dublin crossed the finishing line of the DecaUK Ironman Ultra Endurance Race with a winning time of 158 hours, 9 minutes and 4 seconds, some 4.5 hours ahead of his closest competitor in the gruelling competition. 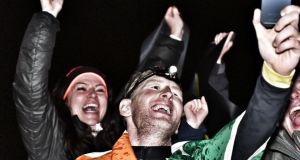 An Irish athlete has won one of the world’s most difficult endurance races after running, swimming and cycling for almost 160 hours over the last 10 days.

Gerard Prendergast (37) from Dublin crossed the finishing line of the DecaUK Ironman Ultra Endurance Race on Friday with a winning time of 158:09:04, some 4.5 hours ahead of his closest competitor in the gruelling competition.

The race involves a 3.8km swim followed by a 180km cycle and a full 42km marathon each day for 10 consecutive days.

He becomes only the second Irishman ever to complete a Deca Ironman after Mullingar native Gerry Duffy also emerged victorious in 2011.

Of the 14 competitors who began the race only five crossed the finish line after early challengers dropped out due to injury and fatigue.

Speaking after the race, Prendergast acknowledged his own “brilliant” achievement.

“I can’t believe I got the win, it hasn’t sunk in yet to be honest. The support I received was just really phenomenal, and all the messages of support since then.”

After a blistering start to the event Prendergast suffered a dip in form on day seven, but recovered to win at a canter from his nearest competitors.

He began training for the event a year-and-a-half ago, and competed in a number of Ironman competitions as preparation for DecaUK.

He described it as his “biggest challenge by far to date”, and said he would have been happy to merely complete the race, never mind claim first place.

This year’s DecaUK event began on October 4th, and was hosted at Eton Dorney on the site of the London Olympics rowing events in 2012.

A personal trainer by profession, father-of-three Prendergast has previously completed Ironman competitions in Dublin, Wales and Lanzarote as well as a 24-hour ultra endurance race in Donegal.