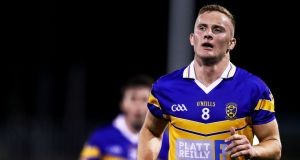 In these pages earlier this month, Malachy Clerkin detailed the Big Bang in Castleknock – recording the story of a GAA club, and how it transformed itself in 18 years to become first-time Dublin county senior football finalists.

It’s an extraordinary tale, and the fact they ended up losing that final to St Vincent’s didn’t lessen the impact of their success one iota.

Their development might be the most important thing that happens in the GAA this year, because it should point the way forward for the development of the game in urban centres around the country.

Two of my brothers are raising their families in satellite towns of Galway city, and they regularly tell me about under-eight training sessions my nephews and nieces are turning up for, brilliantly-run mini-festivals that nevertheless might put one in mind of the funeral scene from Gandhi.

I often hear people talking about how these Saturday morning meet-ups with 200 kids in attendance are a potent symbol of the strength of the GAA, but for me it hints at a devastating weakness.

A relationship with a club should be a lifelong affiliation, but the longer they allow huge numbers of kids to be funnelled through one club in a vast catchment area (whether that’s in Dublin, or in towns and cities across the country), only to be cast out by the time they’re 15 or 16, the more people they’ll lose.

In a rural village, survival depends on an unstinting dedication to leaving no-one behind. Every kid that decides not to bother playing is a disaster.

The ones who are interested have to be press-ganged, corralled and coerced to training, and when they’re there, they have to be coached to an exceptional level.

Some players are born, others are made, but none can be discarded.

Milltown, my club in Galway, is one such club.

In my primary school class, there were 12 boys. In the class behind me, there were 11 boys. Those were the highest numbers in years.

In 2007 we reached a county senior final, and those two years provided 10 of the players. I’m long gone but nearly all the rest of them are still playing, still the backbone of the club.

And they’ll be the club managers, club secretaries and club chairpersons of the future too, probably. Our underage teams struggle along, barely able to field teams, but the hope is one or two players from every year will emerge that will be good enough to play senior club football – they have to.

In towns and cities around the country, the GAA is the nation’s Saturday morning child-minder.

Kids are milling around in these vast numbers, and as the years go on, and childrens’ interest in the games wax and wane (as they inevitably do), no-one ever gets a call asking them to come back.

Mentors are happy to see the numbers thinning out a bit, if only from a coaching logistics point of view, and if that means 30 or 40 kids end up not playing the games anymore, well, that’s the price you pay.

The suggestion is, of course, that the wheat gets separated from the chaff eventually. The kids that stay interested are usually the most talented kids anyway, so who cares about the players you lose? That’s where Castleknock comes in.

Castleknock grew up in the shadow of St Brigids. When they were formed in 1998, Brigids, perhaps understandably, saw it as a threat.

Fourteen years after that, as one of Castleknock’s founders, John Corcoran, told Malachy earlier this month, St Brigids won the Féile double; All-Ireland U-14 champions in hurling and football, in the same year, which must rank as one of the most remarkable achievements of any club in the history of the GAA.

The point is clear – there are more than enough players to go around.

Ciarán Kilkenny would obviously make a difference to St Brigids, and Paddy Andrews of course would too if he went the other way, but the margins between the next 60 players (120 players?) those two clubs have produced over the last 10 years is obviously not so great.

If Castleknock hadn’t been formed, would all those players playing in the Dublin senior football final even be playing the sport – would they have bothered playing with the club ‘seconds’ if their way to senior football was blocked?

And if Castleknock can do what they did this year, then surely that forces peoples’ hand – there simply aren’t enough clubs to go around. Too few players are being given the chance to play for their clubs’ first teams, whether that’s at senior, intermediate or junior level.

And it’s not just in Dublin.

Is one club in a town the size of Naas enough?

And there’s another problem with this numbers game, of course. Small, rural clubs, with tiny playing populations, continue to beat teams with huge numerical and structural advantages in county club championships.

If there really are two GAAs currently in operation right now, Slaughtneil and Castleknock are showing them both the way forward.