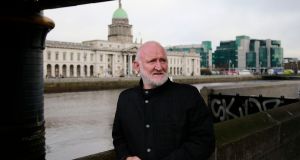 Economic and social policy must be based, as far as possible, on evidence. In the area of housing, there are signs of some worrying gaps. We still do not have full data on the number of houses being built, for example, a proper count on the number of vacant properties or a full assessment of our housing needs.

In this vacuum, many claims are difficult to assess fully. The statement by the outgoing head of the Government’s Housing Agency, Conor Skehan, that some families had been “gaming the system” by declaring themselves homeless, to allow them to jump up the queue for a new home, falls into this category.

This must first be set within the context of the latest figures showing more than 1,500 families without a home. Clearly proper management of housing allocation is important, but the overriding issue is a dire shortage of accommodation and a crisis causing considerable hardship.

Mr Skehan’s comments relate to a 2015 directive by former housing minister Alan Kelly to local authorities in Dublin to allocate 50 per cent of social housing to homeless or vulnerable families and to local authorities in other major urban centres to allocate 30 per cent to these groups. A Housing Agency study of the impact of this measure found there had been an increase in the proportion of housing allocated to homeless families.

The paper does raise the risk of families having an incentive to declare themselves homeless to get higher in the housing queue, though it does not present evidence of this happening. Doing so, in any case, would be difficult. Part of the argument of the agency was that it was better to allow local authorities to judge who should get priority.

The central problem remains that there is simply not enough social and affordable accommodation available and that market forces are pushing some families out of existing homes. In this context, the Housing Agency has quite correctly advised that policies to help families facing difficulties in the rental market are key; it is obviously better to stop families becoming homeless than to deal with the consequences.