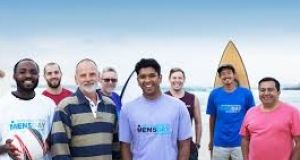 International Men’s Day is marked in around 60 countries across the world, including Ireland. In recent years, it has increasingly been promoted and celebrated in the business world, as part of corporate social responsibility strategies.

While many of the initiatives around International Men’s Day seek to raise awareness about important issues such as men’s health, the origins of the occasion seem to lie in a sense of aggrievement about the existence of International Women’s Day.

According to the International Men’s Day website, the demand for the creation of this occasion can be traced to the 1960s. It arose in answer to questions such as “why do women have an international celebration and not men?” and concerns that “men’s contributions and concerns deserve a day of recognition in their own right”.

The event appears to have been conceived in the 1990s by an American men’s rights activist, Thomas Oaster. The date of 19 November was later chosen by Dr. Jerome Teelucksingh, a lecturer at the University of the West Indies, who coordinated the first observance of the event in Trinidad & Tobago in 1999. Since then, with the help of recent widespread corporate endorsement, International Men’s Day has entered the mainstream.

Consumers and investors today expect companies to have a corporate social responsibility strategy and to take a stand on social justice issues such as gender equality. Firms are no doubt also taking heed of the growing bulk of research showing that greater female representation at senior levels is associated with higher performance and profitability.

The law firm Pinsent Masons, in an interview with The Lawyer about why it chose to begin celebrating the occasion, stated “…we wanted to do something to make it clear gender diversity isn’t just about levelling the playing field for women, it’s also about how we can engage men.”

Bank of Ireland note that this year they intend to run a series of virtual events focused on men’s health and gender equality as well as men’s “achievements and contributions to society”.

Telecoms company Ericsson’s website states: “Gender equality will never be possible without equal focus on both genders. We want a constructive dialogue, to extend our network of role models and to confirm that equality is not a ‘woman’s issue’.”

The fact remains, however, that there is a plain imbalance between the genders in work, society and at home.

International Women’s Day, marked since 1911, is a global day to celebrate women’s emancipation and draw attention to the barriers still faced by women all over the world.

These barriers include discriminatory social norms, the gender pay gap and violence against women. The latter issue has come starkly into focus since the advent of the Covid-19 pandemic.

Ireland is not alone in this respect; the United Nations has flagged emerging data from countries all over the world showing an intensification of violence against women and girls since the outbreak.

International Women’s Day, then, is not only about celebrating how far women have come, but is also a call to action to respond to women’s struggles today.

To take some other examples; Black History Month is marked to celebrate the contributions of Black people throughout history in the face of great adversity, and to challenge racism today. Pride is observed to celebrate queer culture and challenge ongoing stigmatization of the LGBTQ+ community in many countries.

The rationale behind International Men’s Day is less obvious. A search of the hashtag on Twitter reveals not only posts seeking to raise awareness of men’s health issues, but also evidence of a deep resentment of female empowerment.

Of course we should raise awareness of issues that disproportionately affect men; men are estimated to be three times more likely than women to take their own lives. It is a positive thing for companies to support employees’ mental health and to recognise that men may be differently affected to women.

To be fair, the focus of most of the organisations marking the occasion today is on issues such as men’s physical and mental health.

Recruiter CPL, for instance, note that they use the occasion to have important discussions in the workplace around these topics.

While these are certainly issues to champion, doing so under the guise of ‘International Men’s Day’ is problematic because while it might be well-intentioned, it nonetheless gives a platform to those who begrudge the progress made by women that is rightly celebrated on International Women’s Day.

The traditionally male-dominated professions such as banking, legal and technology have a responsibility to be wary of this risk and not diminish the special importance of Women’s Day in a misguided effort to achieve balance.

1 How I managed to cut my mobile phone bill by at least a half
2 Ireland could lose out as France lays claim to most of €5bn Brexit compensation fund
3 Miriam Lord: The Dáil's answer to John Wayne overcooks the ham slice, by slice, by slice
4 The Crown’s Josh O’Connor: ‘I’m a republican. I’m not interested in the royal family’
5 Boy (4) left in hospital for over two years due to Tusla and HSE failings, report says
Real news has value SUBSCRIBE