‘The court could not have been clearer: What was discriminatory in 2018 remains so’ 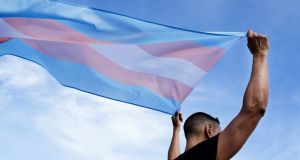 The Human Rights Commission said both laws were unconstitutional and would result in litigation at the cost of the Idaho taxpayer. File photograph: Getty

A federal court in the US state of Idaho has overturned a state-wide ban that stopped transgender people from changing the sex on their birth certificates to match their gender identity.

Idaho governor Brad Little looked set to face a legal battle after he signed into law two controversial Bills in March regarding the trans community.

One law resuscitated a ban preventing trans people born in Idaho from changing the gender on their birth certificates, while the other banned trans girls from competing in female sports teams.

But the US District Court for Idaho said late on Friday that the ban on changing gender markers was in breach of a 2018 injunction that ordered the state to stop discriminating against trans people by preventing them from updating their documents.

Idaho’s Department of Health and Welfare (IDHW) “denies transgender individuals a meaningful process for changing the sex listed on their birth certificate”, said Judge Candy W Dale in her ruling.

“This violates the injunction’s directive prohibiting IDHW from categorically rejecting applications from transgender people to change the sex listed on their birth certificates.”

In the Bill that introduced the ban, the state argued that maintaining accurate vital records was key to protecting public health, with the bill signed into law amid the Covid-19 pandemic.

Allowing people to alter them based on “subjective feelings or experiences” undermined that aim, it said, while defining sex as “immutable biological and physiological characteristics”.

US LGBT+ rights organisation Lambda Legal, which filed a legal challenge to the ban, welcomed the ruling.

“Idaho officials may not block transgender people from obtaining identity documents that reflect who they are.”

Lambda highlighted a 2015 US transgender survey that found almost one-third of trans people who showed an identity document with a name or gender that conflicted with their perceived gender were harassed, denied benefits or services, discriminated against, or assaulted. At least 46 other US states provide a process for trans people to change the sex on their birth certificate, said Lambda.

Idaho is also facing a legal challenge over a ban against trans girls competing in female sports leagues.

The Human Rights Commission said both laws were unconstitutional and would result in litigation at the cost of the Idaho taxpayer.

“This is unacceptable, and a gross misuse of taxpayer funds and trust. Idaho is leading the way in anti-transgender discrimination, and at a time when life is hard enough for everyone,” said Alphonso David, president of the Human Rights Campaign. – Reuters