‘You don’t talk to the United States that way, at least under me,’ says US president 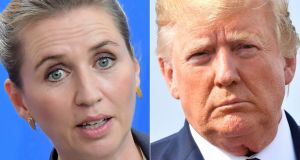 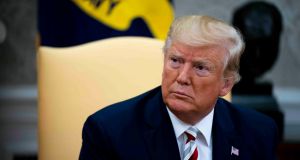 Donald Trump described the Danish prime minister as “nasty” after she dismissed his notion of the US buying Greenland as an “absurd” idea, which prompted the US president to cancel his state visit to Copenhagen.

Mette Frederiksen, Denmark’s prime minister, insisted on Wednesday that the Scandinavian country was still interested in a “strategic co-operation” with the US in the Arctic even as she expressed her irritation at Mr Trump’s cancellation of his diplomatic trip. But the US president on Wednesday escalated the dispute.

“All she had to do was say ‘no we wouldn’t be interested’. But we can’t treat the United States of America they way they treated us under President Obama. I thought it was a very not nice way of saying something, they could have told me ‘no’,” he said.

Earlier in the day, Ms Frederiksen, the new centre-left Danish premier, reiterated that the world’s largest island was not for sale but said she hoped to discuss the “opportunities and not least the challenges” in the Arctic with the US.

She told reporters in Copenhagen that she had received the news that Mr Trump had cancelled his state visit “with regret and surprise”. But she added that “the developments in the Arctic region call for further co-operation between the US, Greenland, Faroe Islands and Denmark. I would like to underline our invitation for a stronger co-operation on Arctic affairs still stands”.

So the POTUS has cancelled his visit to Denmark because there was no interest in discussing selling Greenland @BBCRadio4 Is this some sort of joke? Deeply insulting to the people of Greenland and Denmark.

In a tweet late on Tuesday, the US president had said Denmark was a “very special country with incredible people” but he would be “postponing” the visit after Ms Frederiksen revealed she was not interested in discussing the purchase of the self-governing island that is part of the Danish kingdom.

“The prime minister was able to save a great deal of expense and effort for both the United States and Denmark by being so direct. I thank her for that and look forward to rescheduling sometime in the future!” Mr Trump added.

The president was due to visit Denmark on a brief trip to Europe in early September that includes a stop in Poland. Just a few hours before Mr Trump cancelled the meeting, Carla Sands, the US ambassador to Denmark, had enthusiastically said in a tweet: “Denmark is ready for the POTUS @realDonaldTrump visit! Partner, ally, friend.”

Rufus Gifford, a former US ambassador to Denmark, apologised to the Scandinavian country and called Mr Trump “a child”.

Denmark’s royal family, who had invited Mr Trump for the state visit, said in a short statement to local media that the cancellation came as “a surprise” but had no additional comment.

The notion of buying Greenland may not have been at the top of Mr Trump’s agenda, but it was still at the front of his mind early this week. In a tweet, the US president posted a picture of a town in Greenland, superimposing an image of Trump Tower on top of it. “I promise not to do this to Greenland!” he said.

The White House had touted Mr Trump’s trip to Denmark, a Nato ally, as an opportunity to have bilateral meetings with officials and engage with business leaders but had not mentioned Greenland or the Arctic as a special topic of interest.

Had Mr Trump’s visit proceeded, it would have been overshadowed by his controversial proposal, which he likened to a large real estate deal.

Carl Bildt, the former Swedish prime minister and co-chair of the European Council on Foreign Relations think-tank, said: “This is well beyond the absurd: Trump makes a state visit to a longstanding ally dependent on that country being ready to give up parts of its territory.”

The episode has exposed US fears about rising Chinese and Russian influence in the Arctic region, which has been highlighted increasingly in recent months and most vividly by Mike Pompeo, the US secretary of state. – Copyright The Financial Times Limited 2019