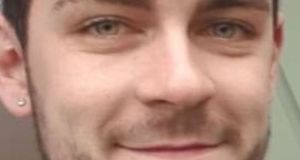 Maurice Robinson from Laurelvale in Northern Ireland. The 25-year-old pleaded guilty on Monday to assisting unlawful immigration. Photograph: via Facebook

A Northern Irish lorry driver accused over the deaths of 39 migrants has pleaded guilty to plotting to assist illegal immigration and to acquiring criminal property.

Maurice Robinson (25), from Co Armagh, who was allegedly part of a global smuggling ring, is charged with the manslaughter of a group of Vietnamese men, women and children found dead in a refrigerated trailer last month.

He was not asked to enter a plea to 41 other charges, including 39 counts of manslaughter.

The bodies of eight females and 31 males were discovered in the trailer attached to his Scania cab in an industrial park in Grays, Essex, early on October 23rd.

Mr Robinson, who is known as Mo, appeared at the Old Bailey in London via video link from Belmarsh prison for a plea hearing.

Wearing a light blue sweater and tan trousers, he spoke to confirm his identity and British nationality.

Prosecutor William Emlyn Jones told Monday’s hearing at the Old Bailey criminal court that it was likely to be a large and complex case.

Mr Robinson admitted to having conspired with others between May 1st, 2018 and October 24th this year to commit an offence of assisting unlawful immigration as well as acquiring cash which he knew or suspected came from criminal conduct.

The charge states that he plotted with others to do “an act or series of acts which facilitated the commission of a breach of immigration law by various persons”.