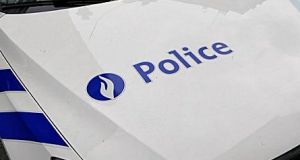 Verviers, an eastern industrial town near Liege, was the scene in January 2015 of a shoot-out in which two men associated with later attacks in Paris and Brussels were killed.

A man walked to the middle of an empty soccer pitch in a Belgian town and blew himself up on Tuesday in an act authorities said looked like suicide.

“We do not think it is a terrorist act,” said Hasan Aydin of the local council in Verviers.

The location – a pitch used by amateur league side CS Verviers – and the timing of the explosion ensured no one else was hurt, he said.

The dead man, whom Aydin said was aged about 60 and with European features, was not publicly identified. Local media said police were searching the nearby home of a former soldier.

Belgium has been rocked by Islamist violence in recent years. Verviers, an eastern industrial town near Liege, was the scene in January 2015 of a shoot-out in which two men associated with later attacks in Paris and Brussels were killed.

However, details of Tuesday’s blast offered a very different picture.

Stopping there, a little before 9 am on a warm summer morning, he blew himself apart. – Reuters