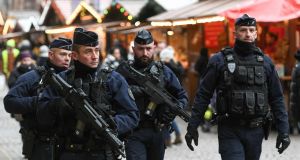 The man suspected of a gun attack at a Christmas market in Strasbourg this month that left five dead had pledged allegiance to the Islamic State group, a French official has said.

The judicial official said investigators had found a video stored on a USB stick in which Cherif Chekatt claimed allegiance to the extremist group.

The video was discovered at Chekatt’s home.

Chekatt (29) died in a shootout with police two days after the December 11th attack at Strasbourg’s popular Christmas market.

Shortly after his death, Islamic State’s Amaq news agency claimed he was a “soldier” of the group.