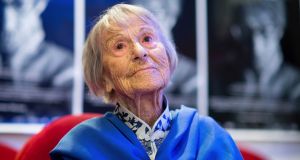 Ms Pomsel lived most of her life in relative obscurity until a German newspaper published an interview with her in 2011, prompting a flurry of interest in one of the last surviving members of the Nazi leadership’s inner circle.

Her death was confirmed by Christian Kroenes, a director and producer of the film A German Life.

In the documentary, Ms Pomsel talks about her three years working for the man responsible for spreading Adolf Hitler’s ideology in newspapers and across the airwaves.

Mr Kroenes said Ms Pomsel had been lucid when he last spoke to her on her birthday on January 11th.

He said she died at her Munich home on Friday.