Greece Letter: Why are tolerance and understanding often absent in public life? 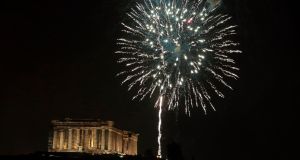 A Greek correspondent asks why I don’t write more positively about the spirited achievements and fortitude of Greek people in the face of economic, political and social crises. This is a frequent complaint about my Greece letters. I am even told that I am not a philhellene because I do not write from the heart.

As I have often said, Greece is a country and a people I both love and mourn. The heart is the loving part (that’s easy) and the mourning is done by the head (reluctantly). While I am not blind or deaf to the negative effects of austerity and the seemingly in-built deficiencies of the administrative and political systems, I do, as often as possible, identify and extol the inherent strengths of the individuals, both the “man in the street” and in the achievements of writers, film-makers, wine and food exporters and the heroic work involved in coping with the refugee situation.

The innate qualities of honesty and endeavour of Greek people often goes unspoken. But there is another aspect of Greek society that is seldom acknowledged. In a forthright article in Kathimerini, journalist Nikos Konstandaras spoke of the country “driven by division”, by which he meant the apparent polarisation of politics on issues such as the name dispute over Macedonia, the way out of the economic impasse and attitudes to terrorism (the offices of Kathimerini and Skai television were damaged last month in a bomb blast).

The issue, then and now, is: what kind of country do we want and how are we going to achieve it?

Much of this polarisation can be attributed to political role-playing, which dictates that if the Syriza government says one thing, New Democracy (the opposition) must say the opposite. This is usually mere posturing and gets less convincing as we approach a general election. Not even the politicians take it seriously. If you’re cast as Hamlet, you don’t go around saying Claudius is a good guy. Closer to home, no one expects Antigone to submit to Creon’s views on lawlessness.

But there is a more profound point elaborated by Konstandaras: “We need division as a driving force of our politics. We divide ourselves into conflicting groups because that is how the game is played and because we don’t know how else to play.”

Unfortunately, his argument has deep roots in history. Since the 1820s, even before the state of Greece was established, the country was on a civil war alert. A hundred years later Ireland went through the same experience. Since then the Greek civil war (which didn’t actually take place until 1945) was a tragedy waiting to happen – the Antigones and the Creons in their dressing rooms waiting for curtain-up. It very nearly did happen on several occasions, usually averted by a military coup that suppressed, but did not extinguish, civil strife. Even the most recent junta of 1967-74, followed by increasing democratisation and modernisation, did not abolish the capacity for dissent.

The issue, then and now, is: what kind of country do we want and how are we going to achieve it? It’s still the central debate in Greek public life, but hardly enters political dialogue. Syriza tried it in opposition but abandoned it in government.

The binding topic that galvanised the drive for independence in the 1820s was Hellenism, which had to embrace disparate geographies and a glorious past that had ceased to exist except in the memory of the intelligentsia. The difference between Hellenism and modern Greekness still irks the national conscience.

If you happen to be black, gay, female, old or sick in Greece, the chances are that your need for assistance and understanding will go unrecognised

Even deeper below the public level, this culture of dissent operates at many levels of society. While the family is the unit of social cohesion, loyalty and respect, the fierce individualism that has characterised public life has endangered the chances of common consent. The same man or woman who will passionately fight for the welfare of the family will equally deny the fortune of others outside the homestead.

There are far less grounds of real difference between those in public life than it would seem from reading the papers or watching the posturing on television. One terrible consequence is that the opportunities for the true hallmarks of Greekness to be demonstrated – compassion, generosity, respect for freedom – are denied. There is an urgent need to address real tangible areas of neglect.

The way we look at difference and diversity, attitudes to women’s rights in the home, the workplace and in public life, ethnic and religious differences, ageism, sexual orientation, are areas where Greece scores remarkably low on international scorecards. Tolerance and understanding, which one would expect to be prevalent, are often absent.

If you happen to be black, gay, female, old or sick in Greece, the chances are that your need for assistance and understanding will go unrecognised. But my correspondent is right: this uncomfortable reality should not obscure the innate qualities of Greekness that are often unappreciated and certainly underused.