Newspaper correspondent charged with propaganda in support of terror group 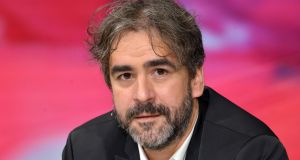 Turkish authorities on Monday arrested a reporter for a prominent German newspaper on charges of propaganda in support of a terrorist organisation and inciting the public to violence, according to a court witness.

Authorities initially detained Deniz Yucel, a correspondent for the Die Welt newspaper, on February 14th after he reported on emails that a leftist hacker collective had purportedly obtained from the private account of Berat Albayrak, Turkey’s energy minister and the son-in-law of President Recep Tayyip Erdogan.

On Monday, an Istanbul court ordered Yucel, a dual citizen of Turkey and Germany, jailed pending trial, according to a witness at the hearing. He is the first German reporter to be held in a widespread crackdown that has followed the failed July 15th coup in Turkey and frequently targeted the media.

More than 100,000 people have been sacked or suspended from Turkey’s police, military, civil service and private sector since the failed coup and tens of thousands arrested. Ankara says the measures are necessary given the security threats it faces.

But Turkey’s allies, including Germany, fear President Tayyip Erdogan is using the purges as a pretext to curtail dissent. Relations between the Nato allies have been strained by the coup, but Germany desperately needs Turkey for its part in a deal to stem the flow of migrants into Europe.

Yucel’s arrest could also put German chancellor Angela Merkel into an awkward position less than seven months before what promises to be a tightly contested election in September.

Dr Merkel criticised the move as “bitter and disappointing” and called it “disproprortionate”.

“The German government expects that the Turkish judiciary, in its treatment of the Yucel case, takes account of the high value of freedom of the press for every democratic society. We will continue to insist on a fair and legal treatment of Deniz Yucel and hope that he will soon regain his freedom,” she said.

German foreign minister Sigmar Gabriel was even more harsh in his assessment of the case. He said it showed in “glaring light” the differences in the two countries in evaluating freedom of press and freedom of opinion.