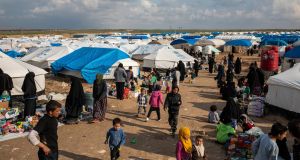 A decision by a Dutch court that the government was obliged to do “everything possible” to bring home the children of jihadists who went to Syria to support Islamic State has been overturned on appeal – dashing their families’ hopes of seeing them repatriated.

Last week’s decision – which ruled that children under 12 with Dutch nationality should be helped to return home, but that the same consideration did not apply to their mothers – was appealed by the government on the grounds of the potential national security risks involved.

The appeal court’s decision has been welcomed by prime minister Mark Rutte, whose coalition has been badly divided over the controversy – with his own Liberals and the Christian Democrats opposing repatriation, and centre-left D66 and Christian Unity adopting a more nuanced stance.

In their judgment, the appeal court judges came down wholly on the side of the government, ruling that the decision on whether or not to repatriate the children was one of political policy, and therefore the responsibility of the government and of parliament.

On that basis, the judges said, the government’s earlier decision not to repatriate the children did not contravene any Dutch law.

Families of the women and children involved were clearly stunned by the decision and left the court where the “emergency ruling” was handed down without commenting.

The case, which aimed to force the government to send officials to displaced persons camps in northern Syria to retrieve the children, most of whom are under six, was taken on behalf of 23 mothers and 56 children – although there are some 55 Dutch adults and about 90 children in the camps.

“Expert after expert has said it is safer for the Netherlands to find the children and bring them home, as opposed to leaving them in Syria where they are likely to become radicalised and to pose an even greater threat in the future,” said Tom de Boer, one of the lawyers for the families.

Relatives of those who went to Syria have formed a foundation to lobby on their behalf and a spokesman said later: “Of course our children will have to account for what they did and give commitments for the future. But we don’t want our grandchildren to have to pay for the actions of their parents.”

Last month, the US ambassador to the Netherlands, Pete Hoekstra, said Dutch hopes of a regional tribunal in Iraq to try foreign jihadists were “a non-starter” and said the only option was to bring them home – a process in which America was willing to assist.

“We believe these individuals are least dangerous if they are back in their home country,” Mr Hoekstra said.