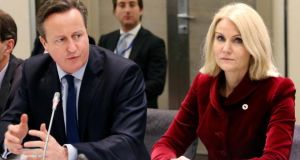 The surprise decision by Danish prime minister Helle Thorning-Schmidt on Wednesday to call an early general election next month marks the latest spate of electoral activity across Europe.

In echoes of last year’s European election results, the traditional two-party system that has dominated Spanish politics for more than 30 years buckled under pressure from two new upstart parties, with the left-wing Podemos and centrist Ciudadanos eating into the support of the two main parties.

On the other side of the continent, Polish voters lurched to the right, electing 43-year-old Andrezj Duda as their new president. A member of the right-wing Law and Justice party, his victory could spell trouble for prime minister Ewa Kopacz’s ruling party in this autumn’s parliamentary elections. This would also complicate Poland’s relationship with the EU, given Law and Justice’s anti-EU policies.

Commenting on the elections in Poland and Spain, EU foreign policy chief Federica Mogherini said the results pointed to the need for reform within the European Union.

Invoking the Schuman declaration of 1950 in a speech in Rome, the former Italian foreign minister said “the election results in Poland and Spain, albeit very differently, and news from Greece and the UK, tell us that there is a real need of rethinking our being European if we want to save the project of our founding fathers”.

The election outcomes in Poland and Spain are a worrying reminder to Brussels of the anti-establishment sentiment that still exists in Europe, a year after Eurosceptic parties excelled in the European elections.

The political shifts in the electoral landscapes of member states also provide an important context for Britain’s attempt to renegotiate its relationship with Brussels, the key issue facing the EU in the coming years.

On the one hand the success of Eurosceptic parties indicates the desire for change felt by many EU citizens across the European Union. As Mogherini suggested, the election results should be a wake-up call for the EU. David Cameron could tap into this as he seeks to garner political support for his plans for changes to the EU, arguing that his demands for reform are shared by millions across the bloc.

But the success of Eurosceptic parties could also be a double-edged sword for Cameron. Any attempt by Britain to secure specific concessions could prompt requests from other member states to secure their own changes.

This would be particularly the case with more Eurosceptic governments, who, having campaigned on an anti-EU agenda, may be reluctant to accommodate British demands if they don’t secure similar changes.

The past week has seen Britain begin its renegotiation campaign in earnest. Following informal meetings with EU leaders at last week’s Riga summit, the British prime minister hosted European Commission president Jean-Claude Juncker in Chequers on Monday. He embarks on visits to Paris, Berlin, the Netherlands and Warsaw on Thursday and Friday, though a planned meeting with the Danish prime minister has been cancelled because of the election there.

A meeting with Taoiseach Enda Kenny is pencilled in for June 18th, a week before the June EU leaders’ summit, with British minister for europe David Lidington sounding out the Irish position during meetings with Minister of State for European Affairs Dara Murphy and Minister for Justice Frances Fitzgerald in Dublin on Tuesday.

Cameron has wisely focused his attention this week on national capitals, while keeping the EU institutions on board by beginning this week’s diplomatic offensive with a meeting with Juncker. While the European Commission will play a role in the renegotiations, particularly if changes to secondary legislation are needed, ultimately Cameron’s battle with Brussels will be fought and won in the European Council.

An important part of securing member-state support will be the internal political dynamics of each individual country. Cameron may argue that he has a strong mandate from the British public to secure changes to Britain’s EU membership terms, but other heads of state will need to ensure that their own public’s demands are being met.

Cameron’s challenge will be to show that his idea of reform is one that chimes with the needs of other EU members and is not just a vehicle for British exceptionalism.