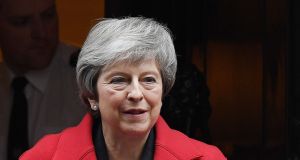 The European Union’s top court has found that the EU treaties do allow the UK unilaterally to change its mind and to withdraw its Article 50 application to leave the European Union.

The Luxembourg-based Court of Justice of the European Union delivered an unusually “expedited” decision on a question forwarded by a Scottish court at the request of a number of MSPs, MPs and MEPs. They sought to challenge the idea that the Article 50 application by the UK was irrevocable unless supported by all the remaining member states.

In Monday’s judgment, the full court has ruled that when a member state has notified the European Council of its intention to withdraw from the European Union, that member state is free to revoke unilaterally that notification.

That possibility exists for as long as a withdrawal agreement concluded between the EU and that member state has not entered into force or, if no such agreement has been concluded, for as long as the two-year period from the date of the notification of the intention to withdraw from the EU, and any possible extension, has not expired.

To subject the right to revoke to an application to leave to the unanimous approval of the European Council would transform a unilateral sovereign right into a conditional right and would be incompatible with the principle that a member state cannot be forced to leave the EU against its will, the court ruled.

Today’s decision will play into the febrile debate in the Commons on the Withdrawal Agreement and the options available to the British government, although observers in Brussels do not believe a single member state would in practice oppose the withdrawal of the British application.

Lawyers say the option of extending the Article 50 period beyond the end of March, however, remains a matter which would require unanimous accord, likely to be forthcoming only for a short period, and only if an agreement on a withdrawal treaty was clearly imminent.

British environment Minister Michael Gove said the court’s ruling did not change the outcome of the referendum in which British voters chose to leave the EU.

“We voted very clearly, 17.4 million people sent a clear message that we wanted to leave the European Union and that means also leaving the jurisdiction of the European Court of Justice.

“So this case is all very well, but it doesn’t alter either the referendum vote or the clear intention of the government to make sure that we leave on March 29th and the most effective way of leaving is to support the [prime minister’s] deal.”

Lawyers from the EU institutions had argued to the court that it should reject unilateral revocation to protect the exit clause from being used as a negotiating ploy by governments wanting a better deal to stay in the EU.

The revocation must be decided following a democratic process in accordance with national constitutional requirements, the court ruled.

The court notes that Article 50 of the Treaty of the European Union (TEU) pursues two objectives: first, that of enshrining the sovereign right of a member state to withdraw from the European Union and, secondly, that of establishing a procedure to enable such a withdrawal to take place in an orderly fashion.

In the absence of an express provision governing revocation of the notification of the intention to withdraw, the court finds, that revocation is subject to the rules laid down in Article 50(1) TEU for the withdrawal itself, with the result that it may be decided unilaterally, in accordance with the constitutional requirements of the member state concerned.

The court considers that it would be inconsistent with the EU treaties’ purpose of creating an ever closer union among the peoples of Europe to force the withdrawal of a member state which, having notified its intention to withdraw from the EU in accordance with its constitutional rules and following a democratic process, decides to revoke the notification of that intention through a democratic process.

The ruling has endorsed the opinion last week of its advocate general, Campos Sánchez-Bordona. “There is nothing, in my view in Article 50 which envisages it as a ‘one way street with no exits’, pursuant to which all that a member state could do, after notifying its intention to withdraw and subsequently reconsidering its decision, would be to wait two years to leave the European Union and immediately ask to rejoin,” Mr Sánchez-Bordona said.

He had urged the court to find that a withdrawal commitment is revocable until such time as the withdrawal agreement is formally concluded, as long as the decision is taken in line with the member state’s constitutional requirements.