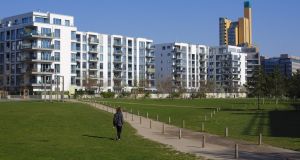 Christmas came early for Steffen Behnke last week. The 38-year-old Berliner received a letter from his landlord with news as unusual as it was welcome: with immediate effect, his rent was being cut by a quarter, from €1,200 a month to €900.

Behnke is one of 340,000 Berlin tenants who, according to the city state government, pay over the odds for their home. That all changes from next Monday, when landlords are obliged to cut their rents to bring them in line with a city-wide rental index – or face financial penalties.

“Having somewhere to live is a fundamental right,” says Behnke, “and I support political policies that ensure tenants are able to remain where they live without fear of being priced out of the market.”

In the last years the spiralling cost of housing, from Hamburg to Munich, has become a major political issue in Germany, prompting governments – at federal and state level – to introduce so-called “rent brake” legislation.

Efforts to date by the Merkel administration at federal level have yielded mixed results, prompting Berlin’s centre-left state government to push ahead with an additional “rent cap”.

The new law states that, if your rent is 20 per cent above the average rent in your area for your type of apartment, you can expect money back – even if you agreed to the rent when you moved in, as Steffen Behnke did when he signed his lease in October 2019.

Behnke, who lives in a century-old building in the middle-class Schöneberg district, says his rent was as high as the stuccoed ceilings of his 85sq m apartment. But the rent he agreed last year, he concedes, is a realistic reflection of the capital’s ever-tightening rental market.

Market research shows that rents in Berlin, once a tenant’s paradise, have jumped 44 per cent in the past five years alone. Compared with a decade ago, rents in several popular areas have spiked 99 per cent – pushed by a surge in new arrivals and hordes of private and institutional investors looking for a safe harbour for their money.

For tenants who have yet to receive a letter from their landlords, Berlin’s state housing ministry has launched an online rent calculator. Tenants type in their address, rent and answer other details about their flat and block: how old is it, what is the condition and is there a lift?

“Within minutes you can find out with the calculator whether you are affected,” said Sebastian Scheel, Berlin’s state housing minister.

His Left Party, together with the Greens, have leaned on their Social Democratic Party (SPD) coalition partner for more tenant-friendly housing laws. And, given that 85 per cent of Berliners rent, the prospect of extra money before Christmas has proven as popular with them as it is unpopular with landlords.

Even before the deadline for rent cuts, however, Berlin’s new cap may yet fall victim to the law of unintended consequences.

Landlord lobby groups say many of their members are suspending any investment in their apartments. Some are so spooked by growing uncertainty that they are taking drastic action: renting only to friends and family, or even selling off their rental apartments to owner-occupants.

Germany’s leading property website says the number of rental apartments available in Berlin has dropped 40 per cent in the past two months.

“The rental market is shrinking and things are getting difficult on the market, particularly for socially weaker households,” says Michael Voigtländer of Cologne’s Institute for Economics.

Unusually, Berlin’s leading tenant organisation agrees with the landlords: rather than move home, many Berliners are staying put until it’s clear that the new rental cap is permanent.

“The fluctuation of moving tenants is low,” says Rainer Wild, head of the Berlin Tenants’ Association. “Renovation and modernisation works, which often lead to tenants moving out, are not happening at the moment.”

Landlords have filed a series of legal challenges against what they see as an illegal intervention in the market and a breach of private property rights. Rather than go on a pre-Christmas spending spree, Steffen Behnke is setting aside the rent rebate of €300 monthly.

“Who knows how the courts will decide?” he says. “One thing’s for sure: the landlord lawyers will not be asleep on the job.”