Half million tickets for Papal Mass all booked out 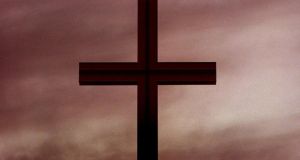 Papal Cross in Phoenix Park: It took less than two weeks for tickets to the closing Mass of the pope’s six-day visit to be booked out, with 400,000 snapped up in the first 48 hours. Photograph: Matt Kavanagh

All 500,000 tickets for the Mass that Pope Francis will celebrate in the Phoenix Park in Dublin on his visit next month have been taken up, the organisers have said.

The tickets for the Papal Mass for the World Meeting of Families 2018 on Sunday, August 26th, along with the 45,000 tickets for the pope’s visit to the Knock Shrine earlier that day have been fully allocated.

It took just short of two weeks for the tickets to the closing Mass of the pope’s six-day visit to be booked out, with 400,000 of the free tickets snapped up in the first 48 hours.

About 46 per cent of those planning to attend gave an address in Dublin. The bookings show that there will be 116 countries represented. About 15,000 people registered from overseas.

Tickets for the three-day World Meeting of Families pastoral congress at the RDS in Dublin on August 22nd, 23rd and 24th are also gone.

“While I am a little surprised every part of the event is booked out six weeks in advance, including the Mass for a half a million people in the Phoenix Park, I am not surprised at all by the incredibly high levels of interest,” said Fr Timothy Bartlett, secretary general of the World Meeting of Families 2018.

“Family is important to all of us. People like what Pope Francis is saying about family and the church.”

The organisers have said they will be broadcasting the events at the Knock Shrine and Phoenix Park live for those unable to secure a ticket.

Many parishes and dioceses would be arranging gatherings “so as people who are unable to attend in person can feel part of the Mass and the other events with Pope Francis”, said Fr Bartlett.

Organisers added they were not concerned at what they described as the relatively small number of false bookings made under the “Nope to the Pope” campaign, which had been block-booking tickets which it never planned to use in a bid to suppress turnout, preventing others who wanted to attend from going.

1 Covid-19: ‘Green list’ may shorten as Cabinet looks to tighten travel restrictions
2 David Trimble: After the big dinner in Oslo, somebody said why don’t we party together?
3 Coronavirus experience shows how Greece’s weakness is its sunshine
4 Maureen Dowd: The US president and the damage done
5 Five Covid-19 clusters found among Irish fruit and vegetable growers
Real news has value SUBSCRIBE