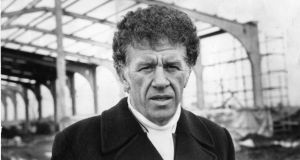 Albert Gubay was born in Wales of an Iraqi-Jewish father and a devout Catholic mother from Co Clare. Photograph: Eddie Kelly

The Albert Gubay Charitable Foundation has donated €500,000 to help six Catholic charities in the Republic with their work through the Covid-19 pandemic.

It has approved €360,000 for Crosscare, the Dublin archdiocese’s social care agency; €70,000 for the Vincent de Paul; €50,000 for parishes in Dundalk and on the Cooley Peninsula in Co Louth; €10,000 to Little Flower Penny Dinners, based in Dublin’s south inner city; and €9,600 to the Irish Council for Prisoners Overseas.

Born in Wales of an Iraqi-Jewish father and a devout Catholic mother from Co Clare, Mr Gubay, who died in 2016, founded the Kwik Save Discount chain in the UK during the 1960s and the 3 Guys chain in Ireland in the late 1970s as well as Total Fitness some years later.

In interviews later in life he said he had made a promise to God when young and penniless that if he became wealthy he would give half his fortune to the Catholic Church.

In 2010, when he was 82 and living in the Isle of Man, he set up the Albert Gubay Charitable Foundation and donated almost all his €500 million fortune to it, retaining £10 million for personal use.

In February 2011, Pope Benedict XVI bestowed on Mr Gubay the title Knight Commander with Star of the Order of St Gregory the Great for his philanthropic work.

Chair of the Council for Finance and General Purposes of the Irish Catholic Bishops’ Conference Bishop Dermot Farrell, has expressed “deep gratitude and indebtedness to the Albert Gubay Charitable Foundation for its magnanimous donation of €500,000 to Irish charities providing vital services”.

It was “especially helpful at this time as we face the fastest and deepest contraction in our economic history. The charity sector has been particularly vulnerable in this context,” said Bishop Farrell.

Meanwhile, a Dublin woman has been elected president of the St Vincent de Paul Society (SVP) in Ireland. Rose McGowan lives in Castleknock with her husband Hugh and two adult children. A member of the SVP since schooldays, she said the SVP in Ireland had “faced many challenges over its 175 years in the country. But the current Covid-19 pandemic is probably one of the most difficult.

“While home, hospital and prison visitations have been halted, we continue to provide what support we can, through telephone, post and online to individuals and families who seek our help,” she said. “This support will become even more necessary in the months ahead as the scale of the unemployment levels and difficulties of those in low-paid sections of our economy become clear.”