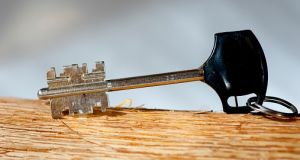 Landlords looking to evict a tenant in order to sell a property must sign a statutory declaration that they are doing so, according to new measures.

Landlords who want to evict a tenant on the grounds of selling the property must sign a statutory declaration that they are doing so, according to new measures introduced on Wednesday.

However a landlords body has said the new legislation aimed at reforming the Irish rental market will not help tenants and does not help any one “in any shape or form”.

The further rent certainty measures were commenced by Minister for the Environment Alan Kelly on Wednesday as part of a range of measures that has seen a cap to ensure landlords can only increase rents every two years.

“The new law is designed to frustrate. It is a waste of money, a needless piece of bureaucracy,” Margaret McCormack of The Irish Property Owners Association told Newstalk Breakfast.

Ms McCormack added that any extra costs incurred will drive rents up.

“Costs are increasing in the sector and they can’t increase income so they are moving out of the sector. We are losing landlords all the time. There are 40,000 fewer since 2011.”

She added that the Rent Supplement will help some people, but that a situation was likely to arise where there will not be enough rental properties.

Separately the Mercy Law Resource Centre is calling for the protection of the right to housing to be inserted in the Constitution.

On RTÉ’s Morning Ireland Maeve Regan of the Mercy Law Resource Centre spoke about their Report on the Right to Housing which will be released today.

It says the right to housing would help those who are facing homelessness now and would be a fundamental safeguard against the recurrence of this gravely unacceptable crisis.

“The housing crisis has come about because of a lack of policy, our call comes from the Constitutional Convention which voted overwhelmingly (82 per cent) in favour of the right to be put to a referendum.”

She said that at present there is a major supply issue “a constitutional right would mean that any decision to cut the building of social housing could be challenged.”