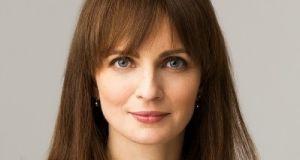 The arguments being put forward for legalising abortion are comparable to calling for the legalisation of speeding, a spokesperson for the Iona Institute has said.

She said just because women were taking abortion pills did not make it right. The proposal to repeal the 8th amendment was in effect saying that if someone was afraid of their pregnancy the best situation was to “get rid” of the baby, she claimed.

On the same programme Senator Catherine Noone, who chaired the Oireachtas Committee on abortion, said Minister for Health Simon Harris had shown bravery in his speech in the Dáil on Wednesday.

“The reality is that woman from all over the country are going to the UK on a daily basis. This isn’t something that he is saying lightly.”

Ms Noone said she was not pro abortion, pro choice or pro life and would not be “boxed into a category.”

The Senator said everyone on the committee had listened carefully to the evidence. “None of us came to this conclusion lightly.”

She said at present, the law in the State said that this is “quite ok to do”.

Ms Steen replied the Eighth Amendment protected all lives and was a good law.

She added if doctors believed abortion pills are dangerous then they should tell women about the dangers. “The answer is not to make it legal.”

A Dáil debate on the report by the Oireachtas Committee on the Eighth Amendment resumes today.