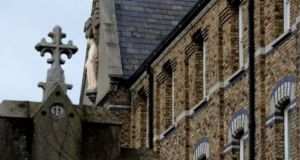 The Minister for Justice briefed the Cabinet on Tuesday on proposals for broader access to the Magdalene redress scheme and on implementing recommendations made by the Ombudsman in a scathing report last November.

Charlie Flanagan also announced the appointment of senior counsel Mary O’Toole to review disputed cases and to advise on applicants who may lack capacity to accept redress.

In a statement he said: “I am committed, as are my Government colleagues, to honouring the commitments we have made to the Magdalene women. To date, over 691 applicants have received redress under the ex gratia Magdalene Restorative Justice Scheme, along with other enhanced Health and Social Protection supports.

“I will work with the Ombudsman and with colleagues in Government to address these matters as quickly as possible.”

He reported to Cabinet colleagues on a “a very positive and constructive meeting” he and Taoiseach had with Ombudsman Peter Tyndall about the redress scheme on April 10th.

Last November in his report Mr Tyndall found that some women who worked in Magdalene laundries were treated in a “manifestly unfair” way by the Department of Justice under the terms of the scheme prepared by Mr Justice John Quirke in 2013.

The inquiry found younger women who were living in the same buildings or convent as older women registered as being in the laundries had been refused access to the scheme because they were registered with industrial schools or training centres.

On Tuesday, Mr Tyndall welcomed a statement from Mr Flanagan, as did the the Justice for Magdalene’s Research (JFMR) group.

Mr Tyndall said it was “ a significant step forward for the women who were so badly treated when in the Magdalene laundries.”

It was “ now essential that there is an early and full outcome and that the women do not face further unnecessary delay,” he said.

Dr Katherine O’Donnell of JFMR welcomed “the leadership being shown by Charlie Flanagan” on the issue. Noting that the Ombudsman’s report had been “damning”, she said: “it takes a lot of leadership to front up to such criticisms”.

She also commended the Taoiseach and other members of the Government for addressing the matter seriously.

Dr O’Donnell has also welcomed Mr Flanagan’s sponsorship of a two-day event for surviving Magdalene women in Dublin on June 5th and 6th.

A member of the committee preparing it, she said: “this is a very important breakthrough which we are delighted with”.

At least 200 women are expected to attend the event, which will include ceremonies at the Mansion House with Lord Mayor Mícheál MacDonncha and Dublin City councillors, and at Áras an Uachtaráin with President Michael D Higgins.